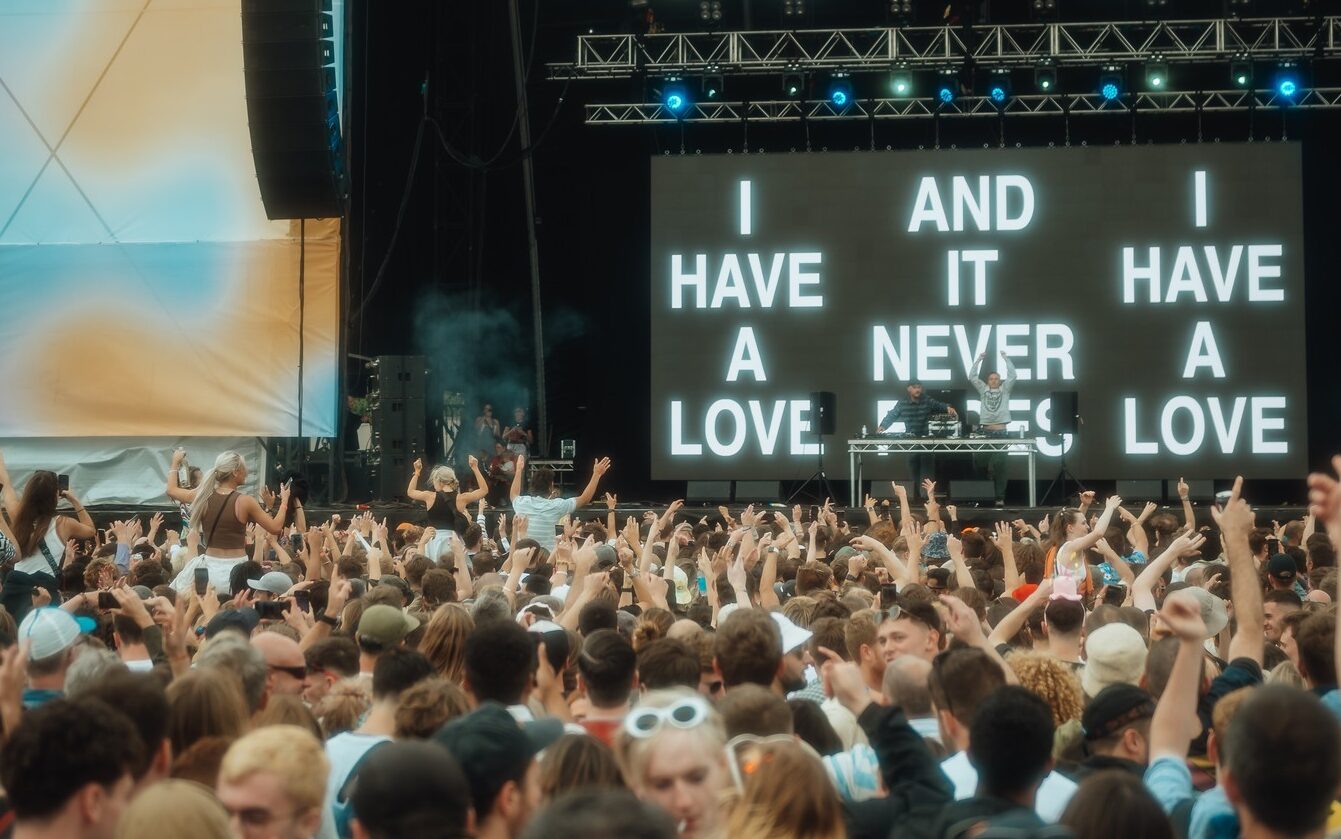 A weekend of world-class music is back at the Downs, this time in the guise of Forwards Festival. Any suggestion of slow ticket sales beforehand is negated as throngs of revellers burst through the turnstiles, ready for one last party to end this longest of summers.

Shygirl kicks off an early round of crowd ass shaking as she strides about the stage in thigh-high white leather boots, the heavily filtered vocals of Slime layered over a backdrop of infectious beats. Over on the second stage, meanwhile, a live Overmono set already has friends hoisted onto each other’s shoulders. A man walks past in a t-shirt bearing the words “Day 1 of suffering”, a ludicrous offering amongst a crowd already bubbling with the hint of a big afternoon.

Charli XCX‘s appearance on the main stage gets the biggest cheer of the day, launching into a series of pop bangers as she struts up and down a set of raised white steps, flanked by synchronised dancers. Hands go up for 1999 as she implores “I just wanna go back to 1999.” There seem to be a lot of fans of New Labour politics, minidiscs and the threat of the millennium bug.

On the second stage, Kojey Radical, with a live backing band, is working through his soulful hip to a devoted audience. His name lit up in bright red behind him, he brags that he is “Mercury nominated” and then whips out Together, imploring us to “get your shit together.” He manages to combine smooth funk in Silk with dense lyrics that reference Muddy Waters. 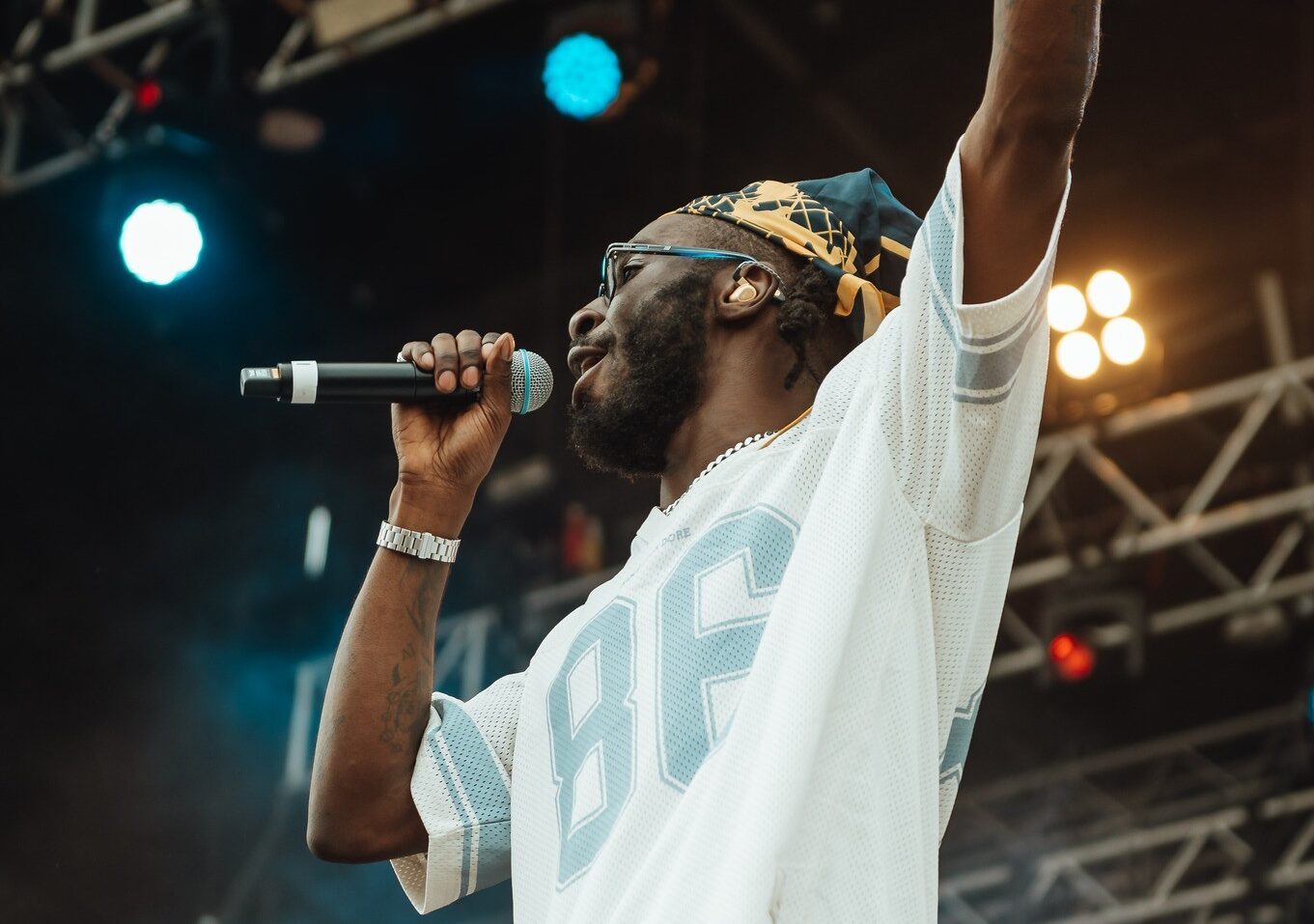 There is no time to watch the end of the set, however, as Khruangbin are due to play on the main stage. The Houston band have established an already-legendary live reputation, and easily live up to it here as they mix their own dirty funk with a medley of sizzling covers. Inner City’s Big Fun, Chris Isaac’s Wicked Game and Dick Dale’s Miserlou are all fair game, as are Apache, Summer Madness by Kool & the Gang, Sylvia Striplin’s You Can’t Turn Me Away and, best of all, What is Love by Haddaway. In another band’s hands, this could easily become a cheesy mash-up, but the outstanding musicianship of the trio means they can pull it off with aplomb. “Introduce yourself to someone next to you”, implores guitarist Mark Speer, and the crowd becomes a heaving throng of new friends. Khruangbin have seized the day, and should have been the main headliners.

Nevertheless, the good times continue with Little Simz, who comes on stage to the euphoria of Introvert, and runs through I Love You, I Hate You, 101 FM and Good For What. She gets down from the stage and walks along the front row, inviting the hands of fans to raise towards her. Meanwhile, attempts to get a man consistently falling over and staggering into the fence to the welfare tent are scuppered by a security team who frankly could not give a shit – not a good look for a festival aimed at being “forwards thinking”.

There’s just time to catch a bit of Floating Points’ full bladder techno before the night draws in, Jamie XX brings his unique danceable melancholia to the main stage, and it’s time to cycle off down Redland Road.