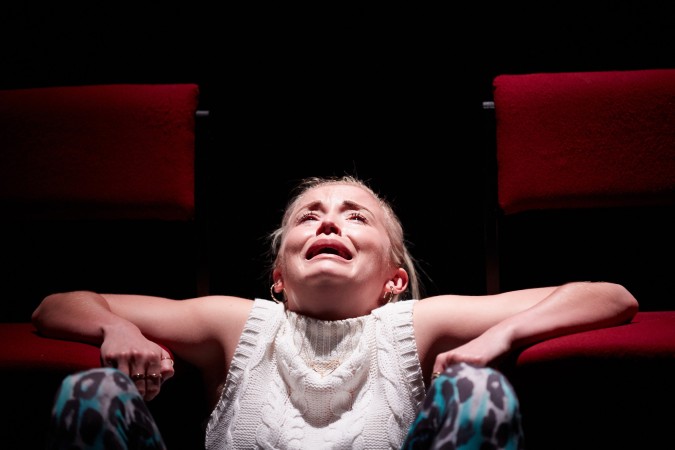 In Greek mythology, Iphigenia was the princess of Argos, sacrificed under the knife of King Agamemnon in order that the Gods should allow his ships to sail to Troy. Fast-forward a couple of millennia and Iphigenia’s tale of sacrifice forms the bedrock of an entirely modern reworking, Iphigenia In Splott.

Gary Owen’s play centres on Effie, a sketchy southern Wales “slag” who survives through sponging money off her nan in order to fund her binge drinking – “the only way I get through the week is a cycle of hangovers”. She sets herself up initially as an unsympathetic character with no time for other people. Her steroid-pumped boyfriend Kev is “an ugly dog no-one can be bothered to drown”, and a mother on the street who has dared to let her grey roots show therefore has “no self-respect”. 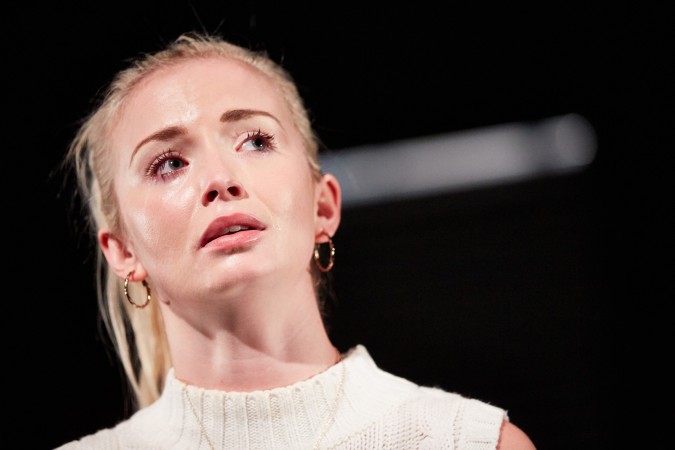 We are taken in entertaining fashion through Effie’s cheap-but-hedonistic lifestyle – shagging Kev repeatedly before wet-wiping her ladybits to get out on the town again, adding her own vodka to the 2-for-1 pitchers at Las Iguanas. In a dingy pub she dances seductively to attract a new man: “I am a multi million dollar video that distracts from the shitness of the track”. The new man is Lee, a soldier discharged on account of losing half his leg during an IED explosion. Her affair with Lee creates the pivoting point in the play.

Iphigenia In Splott relies on the audience believing a shift in Effie’s character. With Lee, she becomes full of warmth and sensitivity, kissing his amputated stump and calling it “beautiful” before falling head over heels in love. This is a considerable and sudden shift from the woman who would happily call a harmless mother in the street a cunt. However, it is a necessary shift in order to make the audience empathetic towards her. The rest of the play becomes a tragedy – in ancient Greek Iphigenia was ‘she who causes the birth of strong offspring’, a double meaning which becomes more dismally ironic as the play goes on.

In a one-woman show, the performance of Sophie Melville is simply spellbinding and utterly gripping. From breathless monologues to shrieking fits and dead-eyed stares she holds Effie very close. The accent is a strange one – ‘corner’ becomes ‘kerner’, ‘morning’ becomes ‘merning’ and ‘walk’ becomes ‘werk’. It is no surprise that she and the play have won plaudits, including the UK Theatre Award for Best New Play 2015.

Against a bare but effective background of strip lighting Iphigenia In Splott morphs into a savage polemic against government cuts and against an audience’s preconceptions of a character like Effie, who we see every day on the street but “drop our eyes to the pavement” to avoid. This latter confrontation is an uncomfortable one, and one which gives the play its strength.