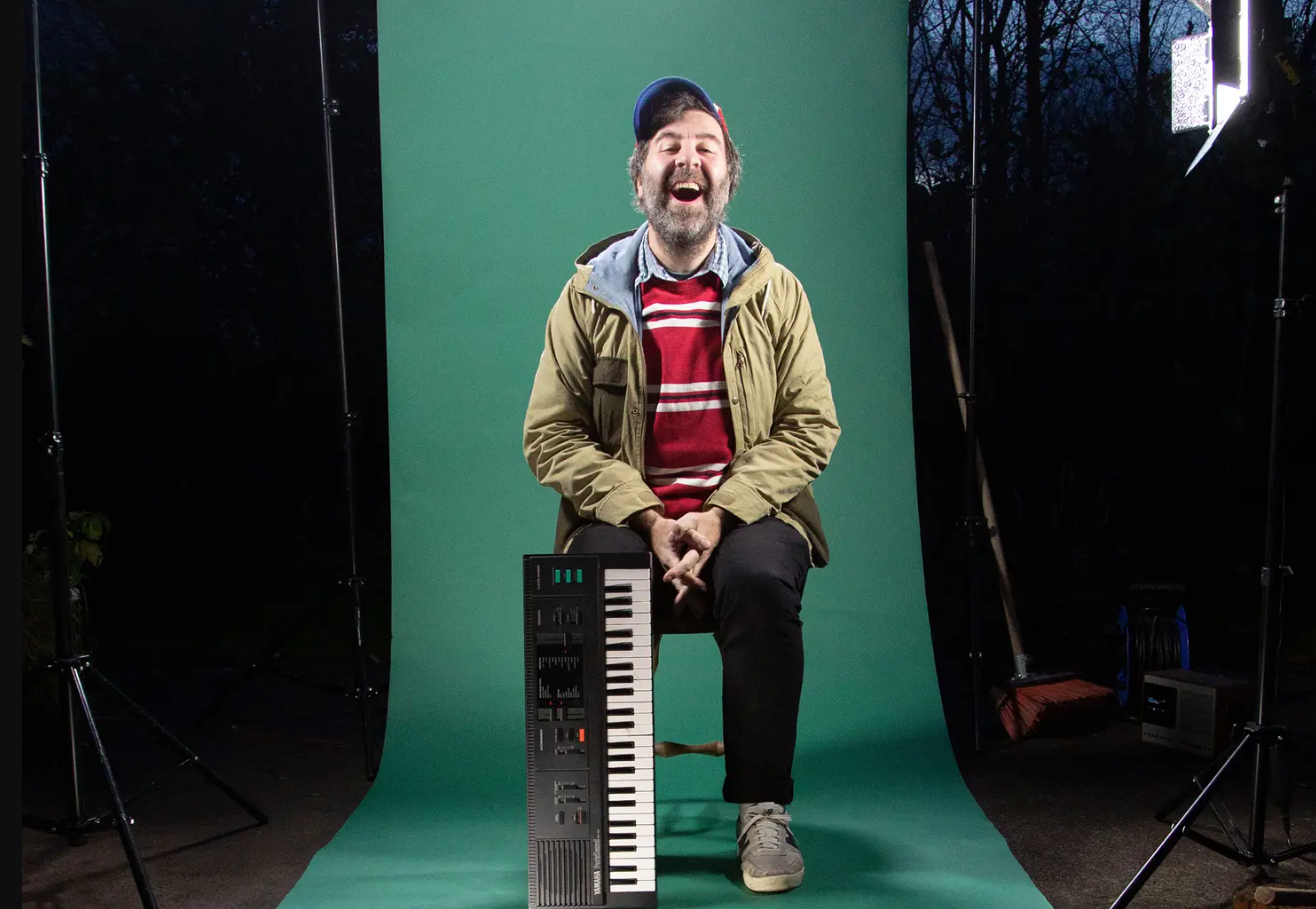 On the third night of this year’s Bristol Comedy Garden, bathed in the afterglow of the year’s hottest day to date, Ivo Graham takes to the stage to the incongruous chunk of the White Stripes’ Icky Thump wearing a shirt which – although I have never tried it – must be similar to what a zebra looks like at the peak of a mushroom high. This is Graham’s third year in a row at this festival, and his easy composure, toffish charm and identity as one of the most eloquent comedians on the circuit make him a perfect compère for the evening.

He playfully redistributes an audience member’s costly Asahi stubbie to someone else, a Graham/Graeme. “Is that Graham/Graeme with an E or without?” asks Ivo, before clarifying that he’s not referring to the gentleman’s recreational drug intake. He then throws a pill to the man, insisting that “I’ve never thrown an E before” but then insists that it’s merely a Pro Plus.

Elsewhere, he talks to an engaged vegan couple set to be married on a beef farm, rips into someone called Luke, who he then realises he met at another gig only two weeks ago, and chats endearingly to a father and son, both sat in shades and ready to enjoy an extended Father’s Day weekend. It’s all going well until the dad mentions his own pater, who is seemingly not that far from the grave. “Even in jest,” explains Graham, “I do apologise for referring to the imminent death of your father.”

Graham has the linguistic agility that makes almost anything he talks about funny, and he is able to manoeuvre adroitly between the mundane and the ridiculous, but do so with enough self-deprecation to keep him warm in the audience’s heart.

Joel Dommett, on the other hand, seems to have won people’s hearts before he even takes to the stage. His good looks, easy charisma and status as the host of The Masked Singer mean that the audience is clearly on his side from the off. He wins more fans when he explains that he’s from Bristol, or Rockhampton to be precise. When the crowd applauds, Dommett dryly thanks them “very much for cheering the place that you are in.” He has some good material about growing up as the second most famous comedian in a village of 400 people (after Russell Howard) and being called Top Strap in school. He recites anecdotes from his TV work, and is able to poke fun at himself for idiotically trying to put petrol in his car twice.

The next performer, Sophie Duker, is also able to ride the wave of recent TV stardom, being announced to the stage as the latest winner of Taskmaster. She is an endearing personality, making good observations about being the oldest sibling, or the “first pancake” in a batch, and the ridiculousness of astrology. A sly dig at Ricky Gervais is well-aimed, and she works in some decent stuff about being both the B and Q in LGBTQ. She also reflects on her Ghanaian heritage, although she explains that “I love being black but I don’t want to go on about it.”

I had been looking forward to seeing Rose Matafeo, the hotly-tipped Kiwi who passionately riffs on dating, being a 30 year old single woman and knowing that “any crisis is a midlife crisis depending on when you die.” Unfortunately, much of her set is spoiled by the punter in front of me, who insisted on taking phone calls throughout. The phone calls were – incredibly – taken using loudspeaker function, and comprised mostly of him telling the person on the other end that he couldn’t hear them, that he was at a gig, and that he’d call them back later. By the third such call, it was tempting to tap this socially-incompetent goon on the shoulder and suggest that maybe he should try switching up to airplane mode.

Matafeo continued with some good material about the Doobie Brothers, dating standards being lowered by Covid and ‘Crypto Bros’. Sadly, the sharp witticisms were overlaid by the constant chatter of aforementioned goon. When he wasn’t taking calls, he was telling the stranger next to him just how good he thought Matafeo’s observations were, and adding some of his own. Matafeo laid into lads who don’t use condoms. The goon loved this – “yes, it’s true, they are rubbish!” he agreed, entirely missing the point of the joke.

Luckily, he left before headliner David O’Doherty took to the stage with his keyboard to perform a selection of the quirky, off-kilter songs he is well known for. Watching a set by O’Doherty feels like an intimate affair, like you are just sat in the pub with him while he chatters constantly and joyfully about random topics. He chats about living with his parents during lockdown and a disappointing birthday can in a rat-riddled field. He revels in bad badinage with the audience and has some brilliant turns of phrase when it comes to describing a visit to an STD clinic. He sings an inspired duet with Shakira, who sadly couldn’t make tonight’s show, and decries the huge screens set up either side of the stage, which are in fairness a significant distraction. Many audience members – at most 50 metres from the stage – choose to watch the screens relaying the comedians rather than the live performance happening right in front of their faces.

Goons and giant screens aside, it is another highly enjoyable night of comedy on the Downs for a festival which is now a firm fixture in Bristol’s summer.