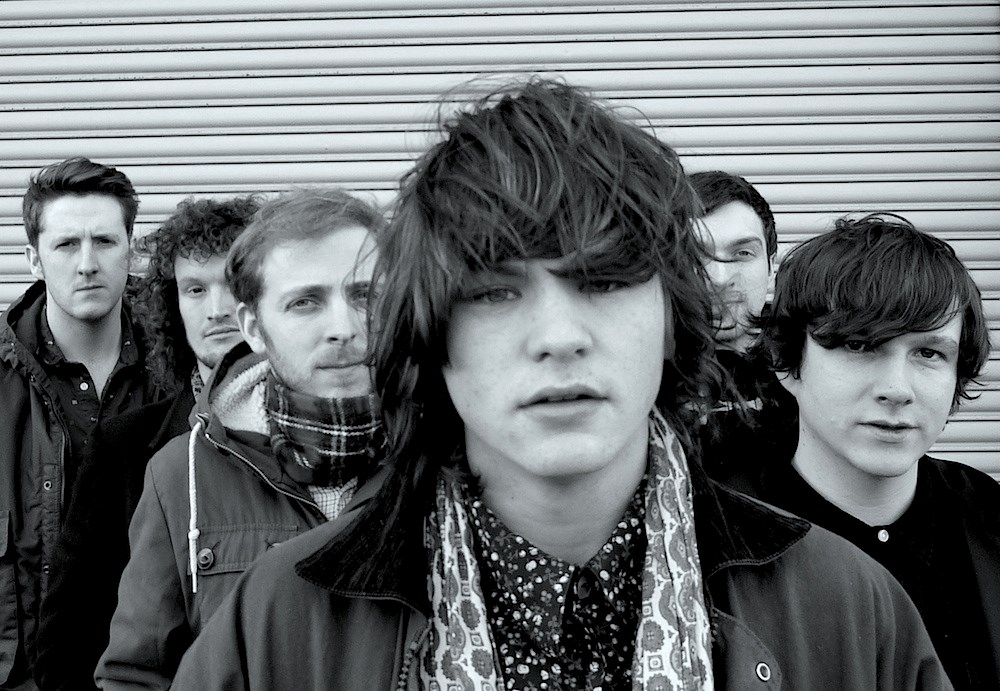 It was early in 2015 when Neon Waltz’s hitherto best tune ‘Bare Wood Aisles’ achieved the endorsement of indie rock royalty with the song appearing on a Noel Gallagher curated playlist on Spotify. Though later that year the Caithness six-piece appeared on the BBC Introducing stage at T in The Park and subsequently toured the UK in support of The Coral, a roughly half capacity audience in the tight space of The Louisiana suggests that Bristol is yet to fully catch on; the message evidently hasn’t quite transmitted from the nether reaches of the band’s home in the Scottish Highlands.

Purveyors of occasionally soft and often anthemic indie rock with glimpses of song-writing excellence, there’s a certain sense – within their twin guitar melodies and pervasively immaculate use of vox organ – of the group as a nascent force to be reckoned with. ‘Perfect Frame’ – full of chiming guitar chords and momentum shifts that culminate in the searing rasps of front man Jordan Shearer’s vocals – is the first strong evidence of the band’s song-writing chops; however, as is to be a slight snag for considerable parts of the performance, Liam Whittles’ excellently melodic organ lines struggle to be heard above the other instruments.

As many past performers on this stage will attest, it’s yet another hot one in the Louie’s sweatbox of a gig room. It feels as if a layer of clothing is being removed per song before Shearer complains “It’s too hot in here” before joking that his “Shit T-shirt” is preventing the removal of his denim jacket. There’s a gear shift – and a chance to cool things down – with the acoustically strummed ‘I Fall Asleep’, though the drop in volume reveals a lack of audience attention and it is partially submerged in chatter. However, the gentle approach at least allows Whittles’ elegantly mournful keyboard accompaniment to come through loud and clear.

Neon Waltz are yet to release an album and when, halfway through the set, Shearer mentions that we are “now on to the second side” he alludes to the fact that perhaps the eleven songs performed here will constitute a debut record. ‘Heavy-hearted’ is a romantically tinged sway of guitars and contains a passing melodic echo of The Verve’s ‘Sonnet’ before a statement as to the group’s ability as song-writers is promptly delivered with the evening’s final three tracks.

‘Bare Wood Aisles’ – despite the overly subtle organ sound and an apparent misstep by drummer Darren Coghill – retains its class; the melodic ‘Dreamers’ catches the band in pensive mood (“do what you love while you can”) and includes the charmingly retro “sha la la la la” vocal refrain; lastly, ‘Bring Me to Light’ happily charges forward with a shimmering tunefulness.

Save from a bellow of “get naked!” during Shearer’s visibly sweaty mid-set reticence to remove his jacket and mild applause at the conclusion of each song, the audience has been largely subdued; Neon Waltz have evidently been met with polite curiosity rather than enthused adoration. “We’re from Scotland and we’ll be back” declares Shearer as the evening draws to a close; it’s spoken with a tinge of defiance that suggests next time will be different.