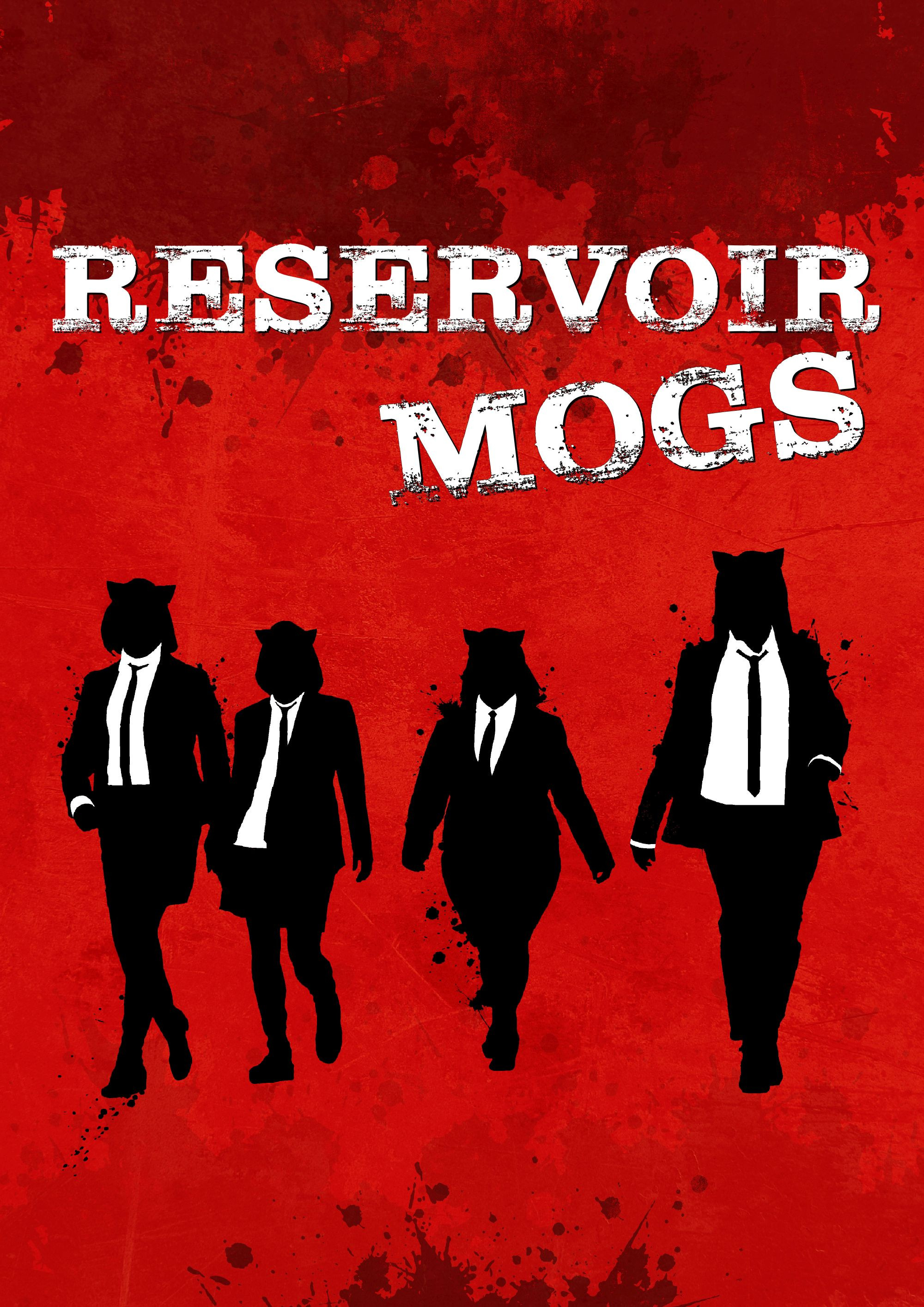 Some believe that Christmas begins on the 1st December, for others the panic only really sets in on the evening before. For many now though the Wardrobe Theatre’s annual pantomime, come farce, is their marker as the correct time to crack out the mulled wine and mince pies.

Something of a Bristol institution, the show is now in its seventh year, and for this iteration combines the obvious bedfellows of Quentin Tarrantino’s opus ‘Reservoir Dogs’, and Andrew Lloyd Webber’s 80’s stage classic ‘Cats’.

Blending elements from both narratives, it takes in many of the iconic scenes and characterisations that made both productions so wildly successful but adds in the companies trademark silliness and satire.

Backed by the unmistakable Tarrantino soundtrack the all female cast pirouette across the stage as human sized feline’s, replete with West End makeup and appropriate wigs, yet exhibit the familiar mannerisms of grizzled, foul-mouthed American criminals.

The depth and nuance of this cross-pollination sometimes goes so far (see the “Jellicle Ball”, here changed to the target for the idiotic thieves) that it may slip by many but still works regardless.

Each brings an interesting take on their role, adding new aspects to the characters and improvising upon the fundamental elements of the excellent script. 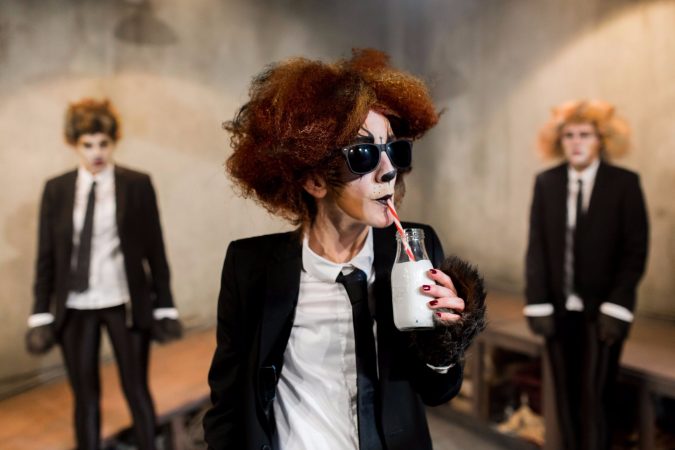 Not afraid to break the fourth wall (even stating as much several times), interactions abound with the audience, making for some of the best moments, including most memorably of all the classic torture scene set to Stealers Wheel “Stuck in the Middle with You” (excellently played by Keaveney-Roys). This all helps the performance feel fresh and unique to this evening.

Whilst the first half lays the foundations for the performance, the second half is simply faultless and exploits everything the first set down.

There is an ease in the performers as is if they know they are playing with house money and exploit the good will in the room expertly.

Skrzypiec’s improvisation is brilliant. So good that even when she slips out of character (dropping her gum onto the floor, or finding that her gun is stuck in her holster “just bear with me here”) it just makes her even funnier. Her time on stage with both Sobey and Allan, both excellent in their own rights, works so well, in very different ways.

The whole production team must also be praised for their obvious contributions to this triumph. From Co-directors Adam Fuller & Matthew Whittle for an excellent script, and to Designer Madeline Girling, Musical Director Ben Osborn, Lighting Director Edmund McKay, Movement Director Laura Street & Costume Supervisor Catherine Pilsworth, for so perfectly capturing the tone of both classics.

Without doubt the best way to start the Xmas season, this is so funny you will probably want to see it a more than once.

To get tickets for the show or find out more click here.