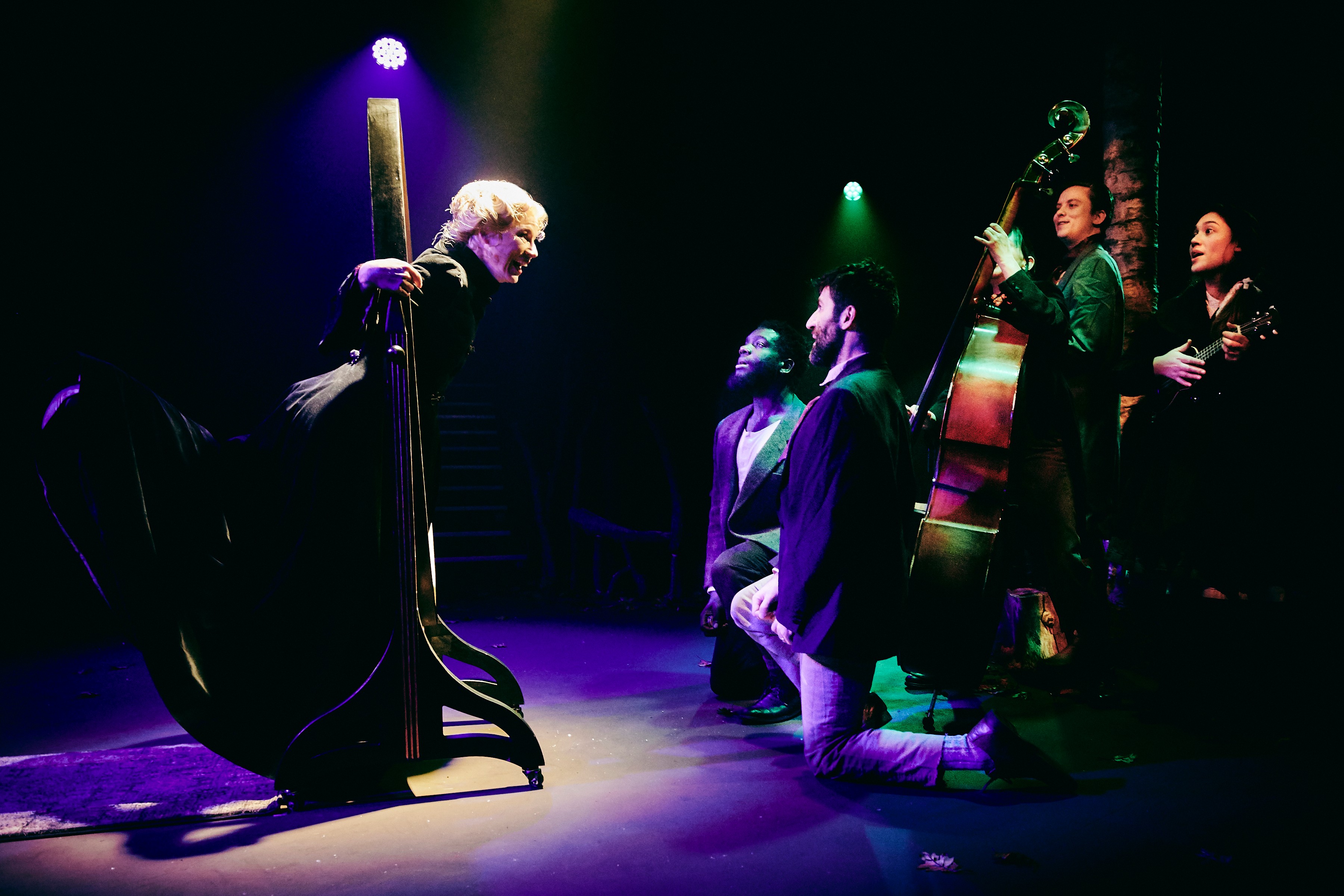 For their Christmas show this year, New International Encounter and Tobacco Factory Theatres present a re-imagining of the classic fairy tale Snow White. A charming family show, it manages to toe the line between drama and comedy, sinister and silly, adding some nice touches to the well-known story.

Orphaned Snow White is kept under the restraining guardianship of her scheming step mother, the Queen. While Snow White wants simply to play outside and explore the surrounding wilderness, her vain, style-obsessed step mother attempts to beautify her, imploring her to put on pretty dresses and stay inside. Enter the Queen’s tantalising, malevolent mirror, of which she asks daily, “Mirror mirror on the wall, who is the fairest of them all?” When one day the mirror replies that it is Snow White, and not the Queen, who is the fairest, an evil plot is hatched by the monarch to do away with the innocent Snow… 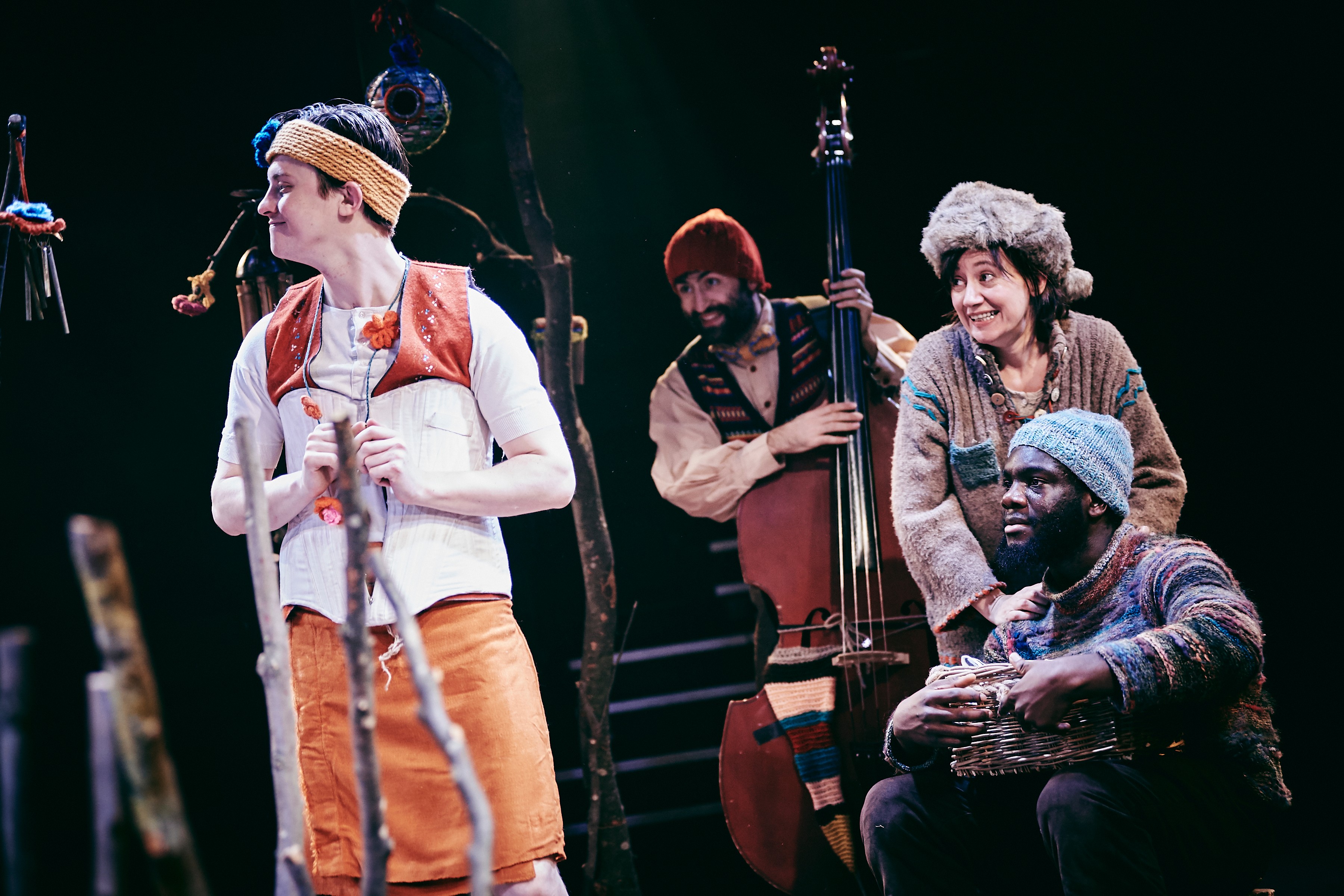 There is lots of enjoyable playfulness. The live band adds energy to the scenes, particularly when the Queen pokes her head through the mirror and they sing back to her. Stephanie Mueller as the Queen clearly has a lot of fun stalking around the stage menacingly, and then disguising herself to lure in the unsuspecting Snow.

Best of all are the Earthburgers, taking the place of the original Seven Dwarves as the main comedic element in the story. A group of four (who mistakenly keep counting themselves as seven, to hilarious ends) nature lovers. Passionate about recycling, vegan stews and homemade knitwear, they frolic around making preserves and singing about their favourite vegetables. When Snow White is tired, one of them is instructed to “fetch the lady a chair in a non-gendered way.” Following a series of home invasions, they conclude that they sadly are going to have to install a front door to their home.

It’s all very endearing action, adding a few new twists to a well-worn tale. While it perhaps lacks that extra bit of silliness that many of the best Christmas shows employ, it is enjoyable and features plenty of laugh out loud moments.