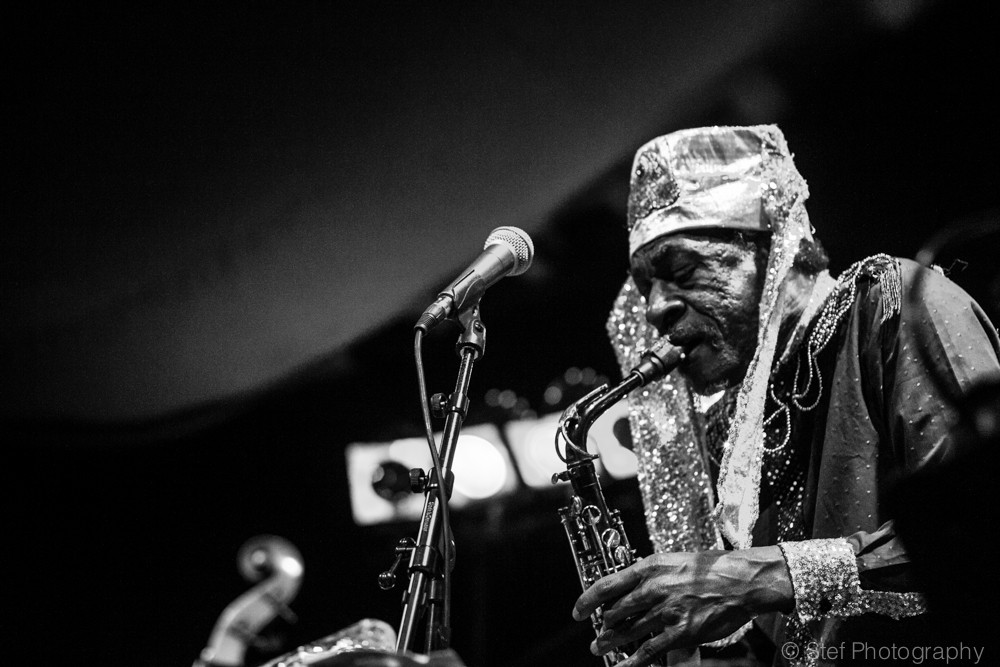 Sun Ra Arkestra exist to continue the incredible legacy of Sun Ra, the prolific jazz composer, band leader and afrofuturist. Fusing Egyptian history (hence the appropriation of his alter ego in favour of his birth name Herman Poole Blount) with cosmic mythology, Sun Ra claimed he was from Saturn rather than Earth, a proposition which goes some way towards explaining his intergalactic musical vision.

From the 1950s until his death in 1993, Sun Ra commanded the Arkestra, the fluid and ever-changing line-up of musicians which has continued to play under the direction of alto saxophonist Marshall Allen, one of the groups mainstays and a member since 1958. Fellow saxophonist Knoel Scott announces that tonight’s gig is “celebrating 100 years of Sun Ra [he was born in 1914] and 91 years of Marshall Allen”, an incredible testament to the musical heritage of the former and the dedication to it of the latter. Allen shows signs of being more madcap, youthful and exuberant than a man a quarter of his age, his glasses rimmed by rhinestones, his saxophone playing squawking and his EVI (electronic valve instrument) playing coming across like a drunken R2D2. 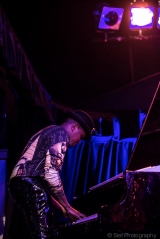 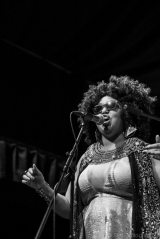 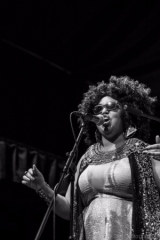 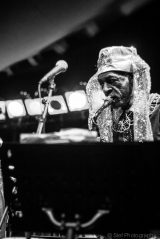 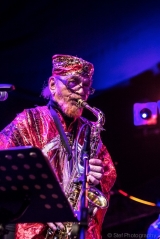 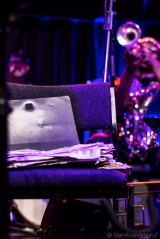 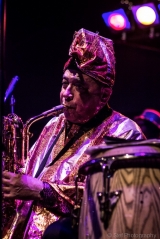 The extravagant sequinned costumes belie the fact that this is an extremely talented set of musicians, and it clear that they enjoy playing with each other. The only thing more joyful than the music is the onstage smiles and interaction between the 11 band members – this is a chaotic ensemble talking over each other both literally and musically, and the result is outstanding. Jazz being the inelegant, one-size-fits-all term that it is, the musicianship within the genre can roam from high precision engineering to opioid-induced wandering. Sun Ra Arkestra rely on a chattering eccentricity, the music founded on excellent composition and brought to life by individual innovation and improvisation.

Starting off with ‘Interplanetary Music’ and incorporating some of Allen’s own compositions, it really is wonderful that Sun Ra Arkestra are continuing the legacy of Sun Ra, but in many ways they are much more than a mere cover band, an addendum to the career of their founder. They are one of the most entertaining, talented and endearing jazz outfits around. Marshall Allen may be 91, but long may he continue into his tenth decade.