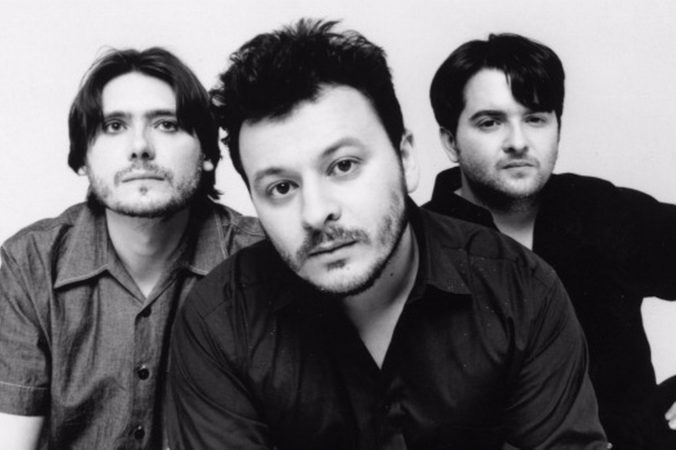 For the second evening of Bristol Sounds, fans gathered for a perfect summer’s night on the harbourside; ciders in hand. The Amphitheatre buzzed with a sense of intent from a crowd who were there for one reason only; to reunite with the Welsh trio, Manic Street Preachers, whose alt-rock songs have played in the background of the last three decades.

The band’s song choices did not disappoint. A setlist heavy-laden with hits spanning their career were met with a singalong atmosphere from start to finish. Favourites such as ‘Motorcycle Emptiness’, ‘Your Love Alone is Not Enough’, ‘Indian Summer’, ‘You Stole the Sun From my Heart’, ‘If You Tolerate This Your Children Will Be Next’ and ‘Show Me the Wonder’ were answered with cheers and nostalgic sways as the crowd belted out lyrics in unison to song after song. To the delight of the crowd, the Manics closed with one of the band’s  much loved tunes, ‘A Design for Life’.
James Dean Bradfield spoke charmingly about Bristol venues played in times past and made apologies for any possible forgetfulness of lyrics, stating that it’d been about 9 months since they played together. So far this year has seen the band premiere their documentary ‘Escape From History’, release the 10 years collector’s edition of ‘Send Away the Tiger’s, continue work on their 13th album and prepare to hit the road, as the Bristol Sounds performance was the first in a festival season tour across the UK.
In an interview earlier this year with NME, Bradfield shared that this tour would “clear the cobwebs”. It didn’t take long for the cobwebs to be well and truly cleared on Thursday night as the band looked at home playing together again; with their Welsh flag flying, surrounded by a mass of satisfied, happy and loyal fans.
Esther Hall