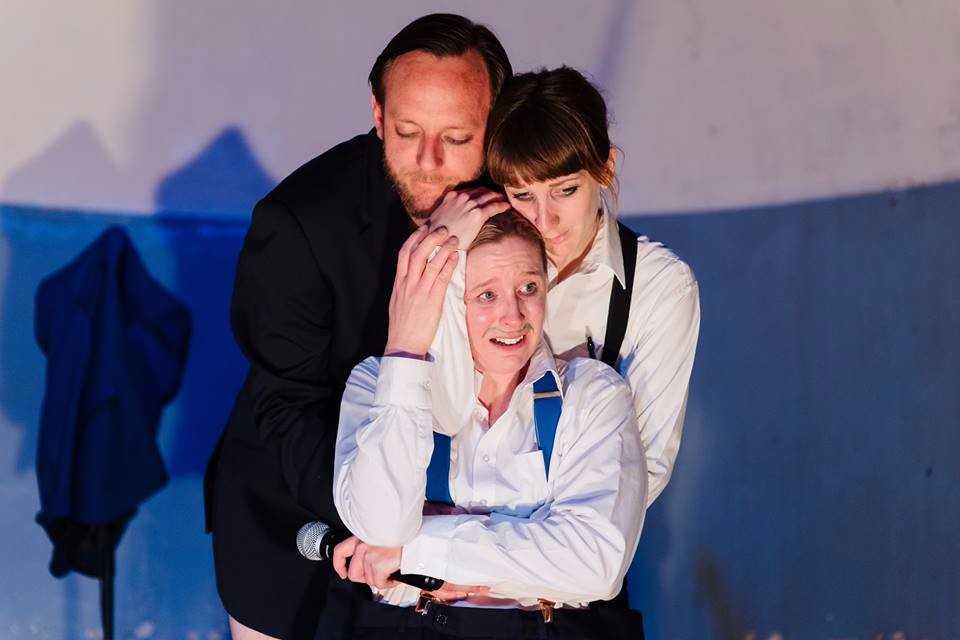 What if the plane falls out of the sky? brings an interactive tale of fear to the Loco Club. At times dark and sinister, while also being consistently funny and bizarre, the new show by Idiot Child zeroes in on our insecurities, regrets and anxieties.

With faux-nerves and childish eagerness, abandoned siblings Heron (Susie Riddell), Magpie (Adam Fuller) and Feral Pigeon (Emma Keaveney-Roys) produce a kind of group therapy session in Fear Camp Therapy Porch. What if you had sex with your mum by mistake? What if you had a child and thought it was a cunt? What if you were actually a paedophile?

“What if you took off all your clothes, and your lover just politely turned away?”

As the show continues, the group emerge as more and more of a bizarre family cult. The disappearance of their parents becomes more sinister, as Magpie imagines his own death using raw meat and Heron stares morosely out of the window awaiting the return of mum and dad. Weird rituals include ‘beanbagging’, where fears are purged through the pudendum, and group hugs where one sibling might tell another that they can have their skin.

As with many eccentric shows, much of the entertainment comes through audience participation, including getting into the middle of a beanbagging ritual. There is mass drawing, free cocktails and balloons exploding in an hours worth of darkly hilarious mischief.