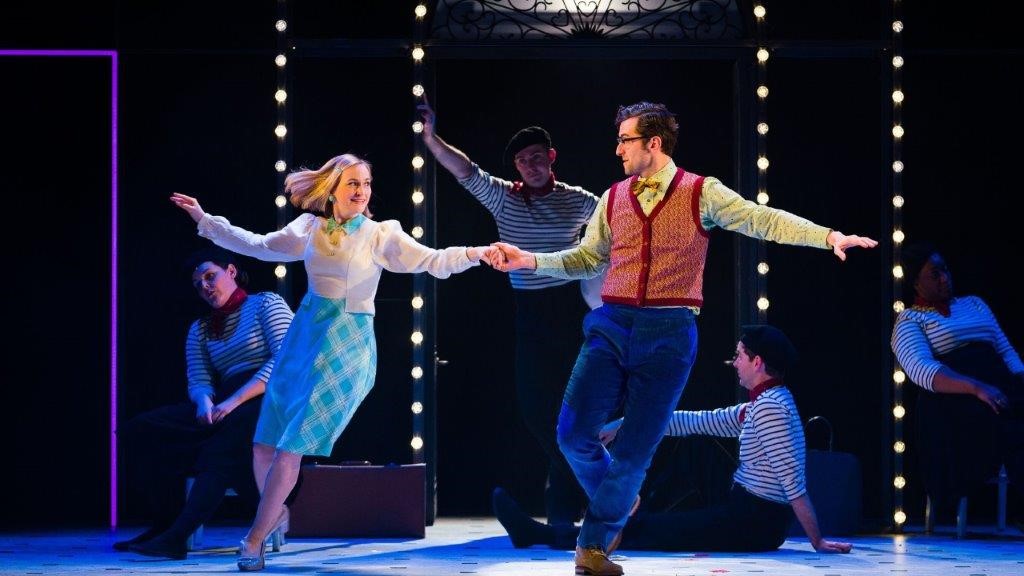 In a week where we endured yet another ‘Blue Monday’ – supposedly the most depressing day of the year – a performance of Emma Rice’s delightful musical is about as effective a panacea for the January blues as one can wish for. Post-Christmas gloom, painful credit card statements and cold, dark nights are no match for two hours in the company of fantastic acting performances, a gag-packed script, charming musical interludes and a heart-warming narrative.

Based on the 2010 French-Belgian film Les Émotifs Anonymes, Rice’s play follows the fortunes of the socially terrified Angelique (Carly Bowden), who has a tendency for fainting on the spot. She is also an undiscovered maker of inordinately tasty chocolate. After her talents are discovered at a chocolate fair in Lyon, she begins working for aging business owner Mercier, producing chocolate in the shadows and hiding her identity as a “reclusive savant.”

After Mercier’s death, the now unemployed Angelique crosses paths with gauche, ultra-awkward Jean-Rene (Marc Antolin), the nerdy owner of an all but doomed chocolate factory. He appears at an impasse between his attempting growth through self-help tapes and the stifling, risk-adverse inculcations of his deceased father. After Angelique becomes employed by the factory – though initially as a saleswoman – the two painfully coy souls enter into a tentative relationship. With Angelique’s talents finally daring to float atop the surface of her shyness, the two characters attempt to save the business while seeking a hitherto elusive happiness through love.

More a narrative play with song interludes rather than a pure example of musical theatre, Romantics Anonymous features a nine-strong cast with all but Bawden and Antolin performing multiple roles. The music (written by Michael Kooman with lyrics by Christopher Dimond) is tasteful and comedically chirpy. The songs don’t impose on the flow of the narrative or outstay their welcome and a live band of four musicians on piano, woodwind, cello and percussions provide handsome backing. Craig Pinder as an inebriated bellhop counselling Jean-Rene to pursue Angelique (“don’t let her go”) is a standout moment that pulls on the heartstrings.

The main strength of the performance lies in some flawlessly comedic acting performances – subtle facial expressions, tasteful physical comedy and adroitly awkward dance routines effectively facilitate the wit-laden script. There are some dynamically daft set pieces; a collection of misfits gathered together to regale their problems at a Les Émotifs Anonymes meeting produces many laughs and there’s a pleasingly silly scene involving a car chase. Larger than life performances, such as Harry Happle’s amusing satire of an egotist French chef and a dragged-up Gareth Snook’s flamboyant turn as Marina, help maintain a vibrant and amusing piece of theatre.

Romantics Anonymous is enjoyably sweet and easy to consume and, while relentlessly feelgood and fun to behold, manages to avoid falling into the realm of the saccharine. And beneath all the frolics, lay its poignant central themes – that we should all seize the day and take risks for what matters and romance is something for us all, no matter what impediments hold us back.