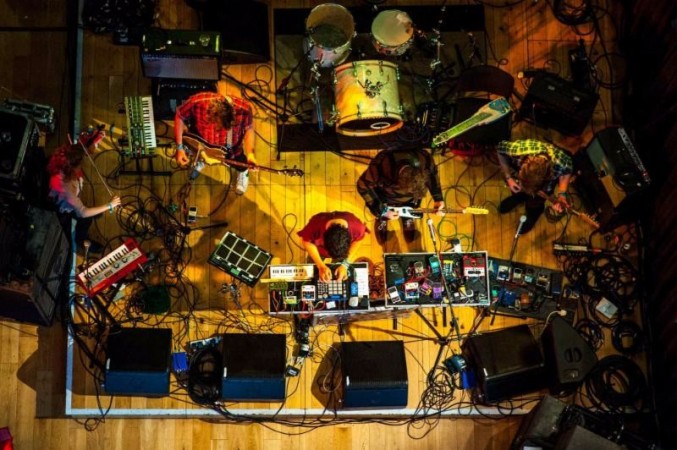 Sparkling bright in the West, Bristol’s autumnal jewel Simple Things Festival returns this October for their fourth instalment, more vital and more adventurous. Renowned for delivering forward thinking and innovative line-ups in the electronic and live musical sphere, 2015 holds no prisoners with its programming as they announce their first wave of artists.

This year’s standalone opening party will be headlined by legendary Montreal post-rock band Godspeed You! Black Emperor. Initially formed in 1994, the band has become revered among the greatest purveyors of their widescreen, orchestral strain of rock music, with 2000’s Lift Your Skinny Fists Like Antennas to Heaven regarded as one of the genre’s definitive landmarks. Armed with this year’s superb Asunder, Sweet and Other Distress, the nine-piece will fill the very farthest reaches of Colston Hall’s grandiose main room on Friday night.

Other highlights from the bill include Penguin Cafe, Battles and the ever-brilliant Romare. View the full line-up below and find out more on the Simple Things Facebook page.