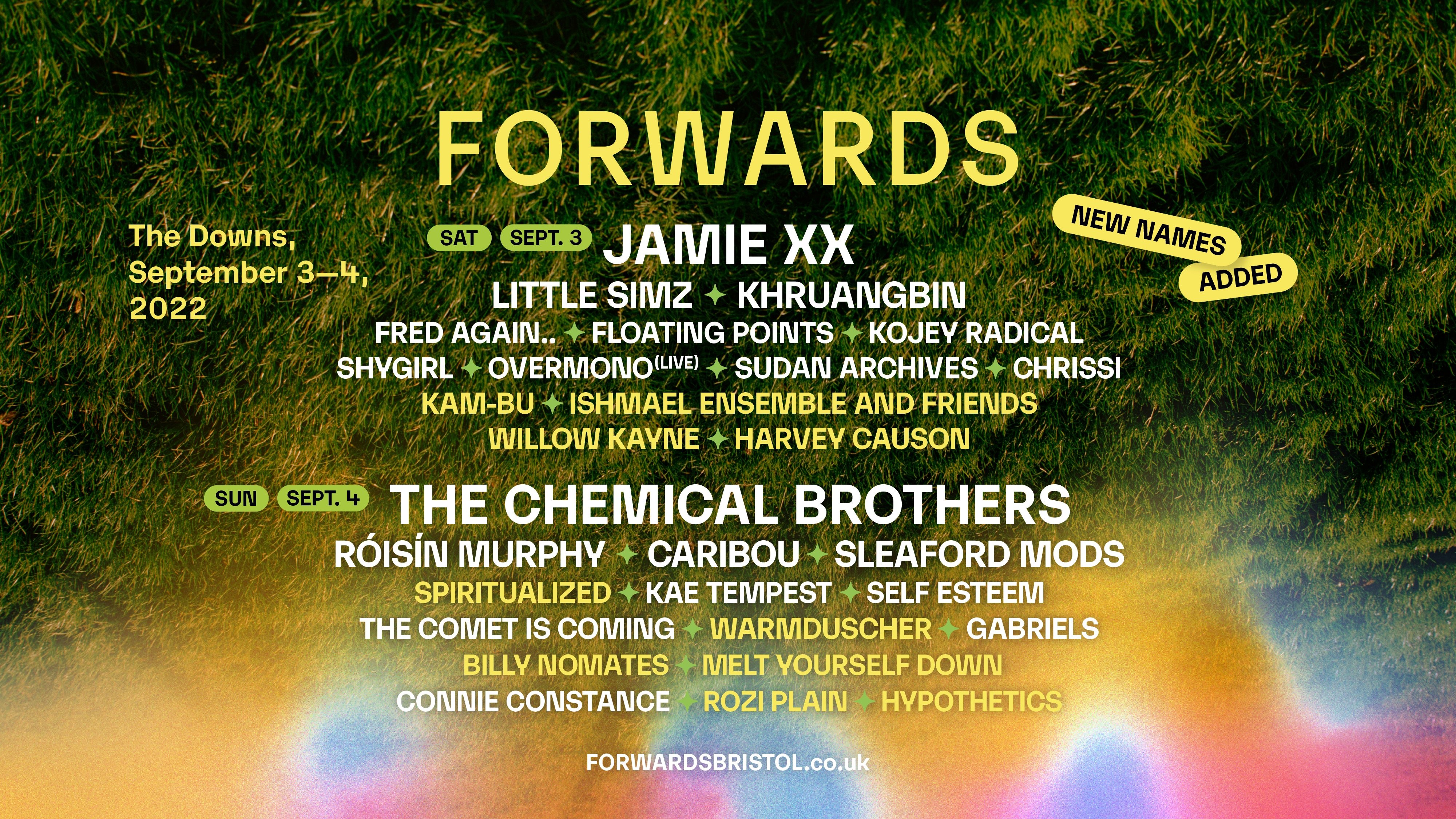 While Forwards Festival, hitting the Downs on 3rd and 4th September, is still a couple of months off, the scorching performances of some of the confirmed line-up at Glastonbury a couple of weeks ago has got us tingling for more.

First up, Houston psychedelic louche rockers Khruangbin, who are set to appear on the Saturday alongside Jamie XX and Little Simz. Soundtracking the Friday night sunset at the Park stage at Glasto, the trio launched a non-stop assault of funk-fused downtempo instrumentals. Guitarist Mark Speer, in particular, showed why he is one of the best on the planet, segueing seamlessly from Khruangbin hits like Evan finds the third room to covers of Dick Dale’s Miserlou and, thumpingly, Snap’s Rhythm is a Dancer. While we can’t expect Leon Bridges to join them on stage again for a heartbreaking Texas Sun, this is bound to be unforgettable.

Meanwhile, West Holts headliner Róisín Murphy is second on the bill for Sunday at Forwards Festival. The Irish singer, formerly of Moloko, has become the first name in dancefloor-ready disco and electronic anthems. At Glastonbury she ran the gamut from Bring it Back to Incapable, Murphy’s Law and Flash of Light, all while changing outfits constantly and incorporating some outrageous dance moves. Indeed, she moved so freely that some BBC viewers were outraged, assuming that she must be on some kind of drugs in order to enjoy dancing to…um…dance music.

Slotting alongside Róisín on the Sunday will be Caribou and The Chemical Brothers, who are enticing – counter-intuitively – due to their lack of prowess at Glastonbury. Caribou, taking to the West Holts stage, were beset by sound issues, first playing very quietly and then having the sound cut out entirely. Eventually they sorted out the issues and barnstormed their way through the final 30 minutes, but it’s definitely got us wanting more. The Chemical Brothers, meanwhile, were due to play Arcadia but had to pull out due to Covid, being replaced by Bonobo. This means that their headline slot on the Sunday at Forwards is even more hotly anticipated.

With the Saturday also featuring Floating Points and Charli XCX, and the Sunday beefed up with Melt Yourself Down, The Comet Is Coming and Kae Tempest, this is looking like the perfect way to close the summer of music. We can’t wait.