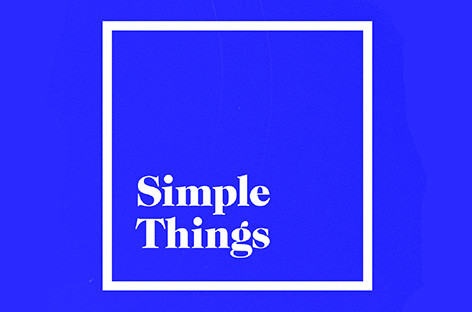 After Friday night’s experimental noise-rock curtain raiser by Montreal’s Godspeed You! Black Emperor, it’s a saturating autumnal drizzle that greets Bristolian music fans as the fifth annual Simple Things Festival begins in earnest on Saturday afternoon. Scrambling around for anything approaching the description of “waterproof” before departing for a 2pm rendezvous with friends, I come across an old red Umbro England football jacket; a resilient family hand-me-down that outlived its previous owner, it’s about three sizes too big and gives one the classic appearance of a 90s football coach. So, like “Big” Ron Atkinson but a version altogether younger, svelter and without any inclination to sling around offensive racial epithets like there’s no tomorrow, I head towards the press wristband exchange at The Christmas Steps pub.

A couple of friends are still without tickets so, with 4th release tickets still available for purchase at the Colston Hall, it seems as good a place to start as any. Hot drinks in the downstairs café/bar serve as the calm before the boozy storm as the sunshine trippiness of a Connan Mockasin-esque keyboard sound is heard across The Foyer when London-based Slime begins his set. With the intention of catching Penguin Café’s 3.30pm show, we head toward the main room and enjoy the rare vibe of being able to freely perambulate the stalls of the great hall. 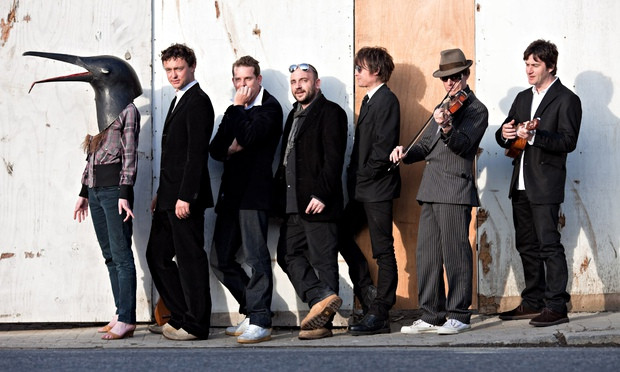 Led by Arthur Jeffes whose late father Simon was the leader of the original Penguin Café Orchestra, Penguin Café finally get into their set of contemporary jazz compositions after a long period of tuning up. We hear cascading Spanish guitar figures pleasantly augmented by violins, cello, piano, ukuleles and double bass before ‘Swing The Cat’, ‘Perpetuum Mobile’ and the calypso tinged ‘Telephone and Rubber Band’ feature as favourites from the original Penguin Café incarnation. It’s pretty enough but feels a little soporific for a festival opener; therefore we head downstairs for Sex Swing.

Entrance to The Lantern is met by a brutal, industrial rock assault of guitar, distorted sax, keyboards, drums and screeching feedback. It feels almost overwhelming; like enduring two decades of monasterial abstinence before immediately being thrown groin first into a night out with Charlie Sheen. We don’t last long but the quick transition from genteel musicality to the nefarious, ear-bleeding noise of Sex Swing perfectly encapsulates the sheer eclecticism of Simple Things. With over 60 acts playing on 14 stages throughout the city centre, and delivering everything from grime, punk, jazz, electro, reggae, rock and techno, the phrase “something for everyone” is, rather than its usual tired cliché, starkly pertinent here. 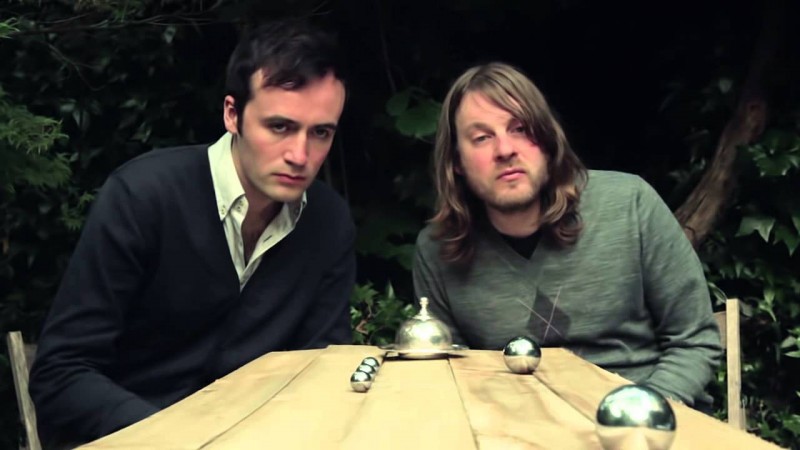 We head towards the Colston Hall terrace as DJ sets by Ben Price and Gramcry provide the soundtrack to the first pints of the afternoon. A surrealist riff about the hypocrisy of an Amish person enjoying electronic music at a festival is an early sign that the alcohol is already taking hold. Stepping back into The Lantern, we hear the chiming atmospherics and eerily distorted vocal loops of experimental underground duo Grumbling Fur. With spacy effects, droning bass and intergalactic swirls, the music takes a brazenly freeform approach before it later begins to take shape once percussion is introduced. It’s different but inessential so we return to the main hall for Maximum Joy.

Their first appearance for nearly 30 years, the Bristolian five piece have reformed especially to play the festival. With their go to template of choppy guitars and funky bass, Maximum Joy emit a distinctly Talking Heads vibe with touches of flute and sax completing their funk inflected post-punk sound. A lyric stating “It’s so difficult to understand what’s going on around us” gives way to 1982 track ‘In The Air’ and its sunshine saxophone and jocular violin. It’s not bad – certainly the act most aligned with my taste for traditional songwriting thus far – but so much else on offer, it’s time for a venue change.

A temporary hiatus from the festival and a splitting up from friends due to contrasting desires for food results in a brief solo mission and the disgraceful purchasing of a chicken kebab at the diabolically early hour of 6:30pm. A subsequent rendezvous with some other friends leads to an anecdote about how being unaware of Dave Grohl resulted in the harshest of romantic rejections and my own wild, and frankly incorrect, assertion that William Blake wrote the lyrics to ‘Twinkle Twinkle Little Star’.

We switch venues and reconvene at The Fire Station for electronic musician Romare’s 8pm set. With a lengthy cacophony of air horns and police sirens, he seems to toy with the expectations of a restless audience; so much so, in fact, that friends in front of me suggest departing for Vessels at The Lantern before, in a nick of time, Romare finally drops into seductive beat of ‘Motherless Child’. Mixing a myriad of African American stylings into a format fit for dancefloor consumption, he utilises jazz and folk vocal samples, and those of James Brown, as we hear ‘Nina’s Charm’, ‘Work Song’ and ‘Roots’ from 2015 debut album Projections. The set seems to hit the spot; a couple of girls sway atop of a couple of sets of shoulders and the festival spirit has truly kicked in. 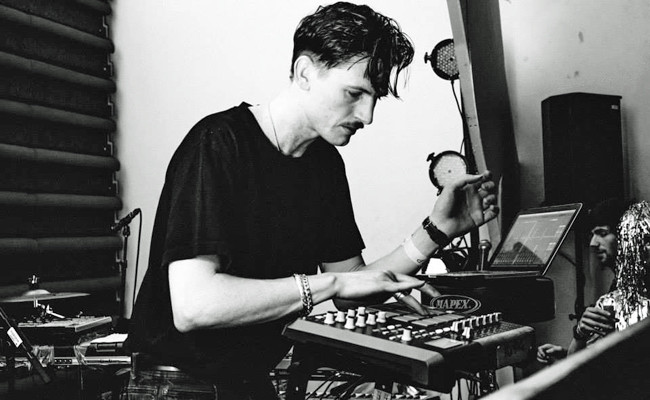 As it’s our last real chance to catch a proper live band before the guitars are packed away before midnight, we head back to a crammed Colston Hall for New York City’s experimental electronic rock group Battles. Playing high octane instrumental rock, guitarist Ian Williams also manipulates angled keyboards either side of him, a green and white light show adds a frenetic edge while drummer John Stanier, as is his calling card, intermittently pummels a crash cymbal perched up as high as it will go above his kit. Not utterly dissimilar to some of the electronic music on offer at the festival, Battles are purveyors of danceable, guitar driven soundscapes with the added visual element of live instrumentation. 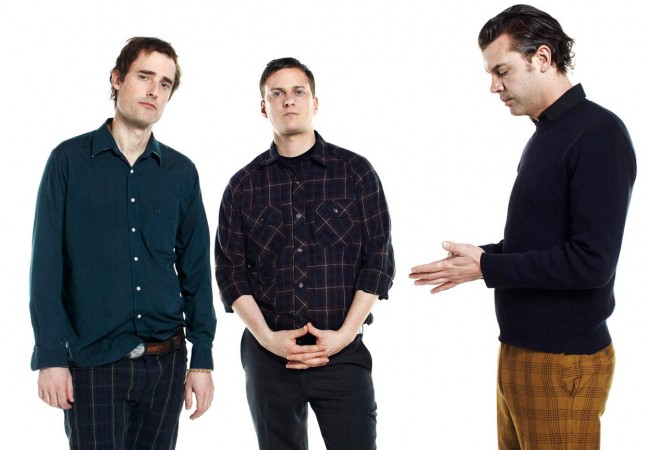 As the clock ticks further into Sunday, we take a quick stomp back to The Lantern where there’s time to catch a few tunes from BEAK>. A side project of Geoff Barrow from Portishead, the three piece combine jangly guitar attacks, solid drum and bass jams and doomy, end of days keyboard sounds. We stay for three songs and, to the sound of repeated psychedelic vocal refrain, we depart from a set that has seemingly failed to really get going.

It’s the early hours and electronic music will, for any brave souls who wish to see the festival out to its conclusion, reign supreme until 6am. Does that factor in when the clocks are set back to GMT at 2am this morning? The final destination is Lakota and we arrive with DJ sets from Untold, Vessel and Bruno Schmidt occupying the venue’s three rooms. The notepad is tucked away and it’s time to give full focus to drink and socialising. However, it’s probably for the best that I’m deep in the land of nod by the time a worse-for-wear reveller with saucers for eyes apparently manages to yank some cabling from out the decks of house DJ Galcher Lustwerk while lying semi-comatose on the floor at a little after four in the morning.