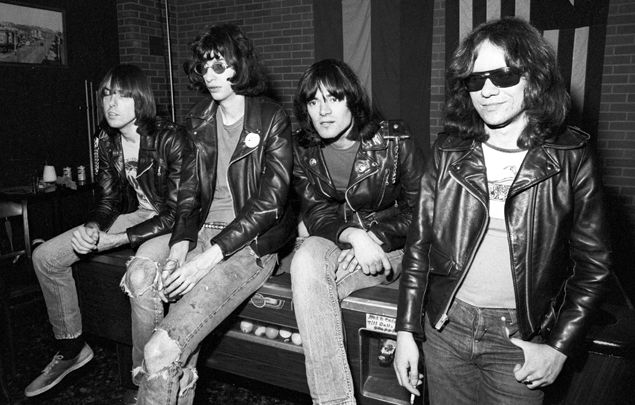 After U.S president Ronald Reagan’s controversial visit to a military cemetery in Bitburg, West Germany in May 1985, The Ramones responded in a melodic rush of furious pop-punk protest with ‘Bonzo Goes to Bitburg.’  Reagan’s visit, intended as both a respectful acknowledgement that German soldiers too were victims of Nazism and a celebration of growing American/West German relations, was so maligned due to the cemetery also being the final resting place for 49 members of the Waffen-SS.

Originally only available as an import in the United States, the song eventually appeared on their 1986 album “Animal Boy,” under the changed title ‘My Brain is Hanging Upside Down (Bonzo Goes to Bitburg)’ – supposedly to appease staunch conservative and Reagan advocate Johnny Ramone. Making reference to 1951 film ‘Bedtime for Bonzo’ and the chimpanzee title character whom Regan starred alongside, ‘Bonzo Goes to Bitburg’ is perhaps Joey’s greatest performance; his vocal manages to capture both anger and a helpless confusion within the fulminating growl of bass, drums and guitar.