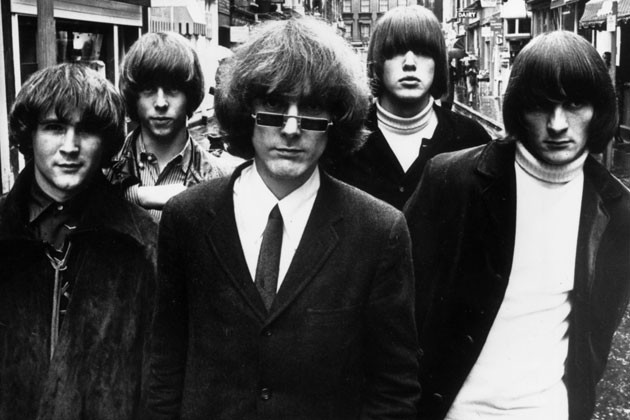 With its droning twelve string guitars, hypnotic basslines and overall vibe of lysergic eeriness, ‘Eight Miles High’ is widely regarded as the very first bona fide psychedelic rock song. Though also dubbed as ‘acid rock’ or even ‘raga rock’, a musical subgenre to which this song is credited as an originator, The Byrds’ 1966 single in fact came as a result of the band’s attempts to marry free form jazz with Eastern influences.

During the Californian group’s tour of the US in 1965, a dearth of cassette tapes to accompany the band on their tour bus led to a constant rotation of the music of Ravi Shankar and two albums by the name of Impressions and African Brass by jazz musician John Coltrane; by the end of the tour the two influences were fully ingrained and their subsequent fusion resulted in one of the classic tunes from the counterculture era.

Released as a single in March 1966, ‘Eight Miles High’ later appeared on the band’s third album Fifth Dimension but it has been suggested that its failure to break into the Billboard Top 10 was the result of a censorship row that saw the song banned from radio stations across a number of US states. It was of course the druggy connotations that the prissy broadcasters of the 1960s saw as unfit for airplay although at the time the band completely denied such associations.

Despite The Byrds  later conceding that “of course it was a drug song”, the original explanation of its influence stemming from a flight to London in 1965, and a poetically enhanced statement of the airplane’s altitude, is also valid. Many of the song’s lyrics are a literalistic capturing of this first encounter with England; according to David Crosby “Round the squares huddled in storms” refers to people clustered in doorways to shelter from the English rain while “Nowhere is their warmth to be found” is a reference to the band’s treatment by the British press after a promoter ill-advisedly billed the band as “America’s answer to The Beatles”.

While there has been contention as to whose inspiration was the main catalyst for the song’s creation (Gene Clark’s claims of writing the melody and full lyrical content have since been challenged by lead singer Jim McGuinn), the fact remains that ‘Eight Miles High’ is a brilliant track and its genre defining significance make it of seminal importance in rock music history.