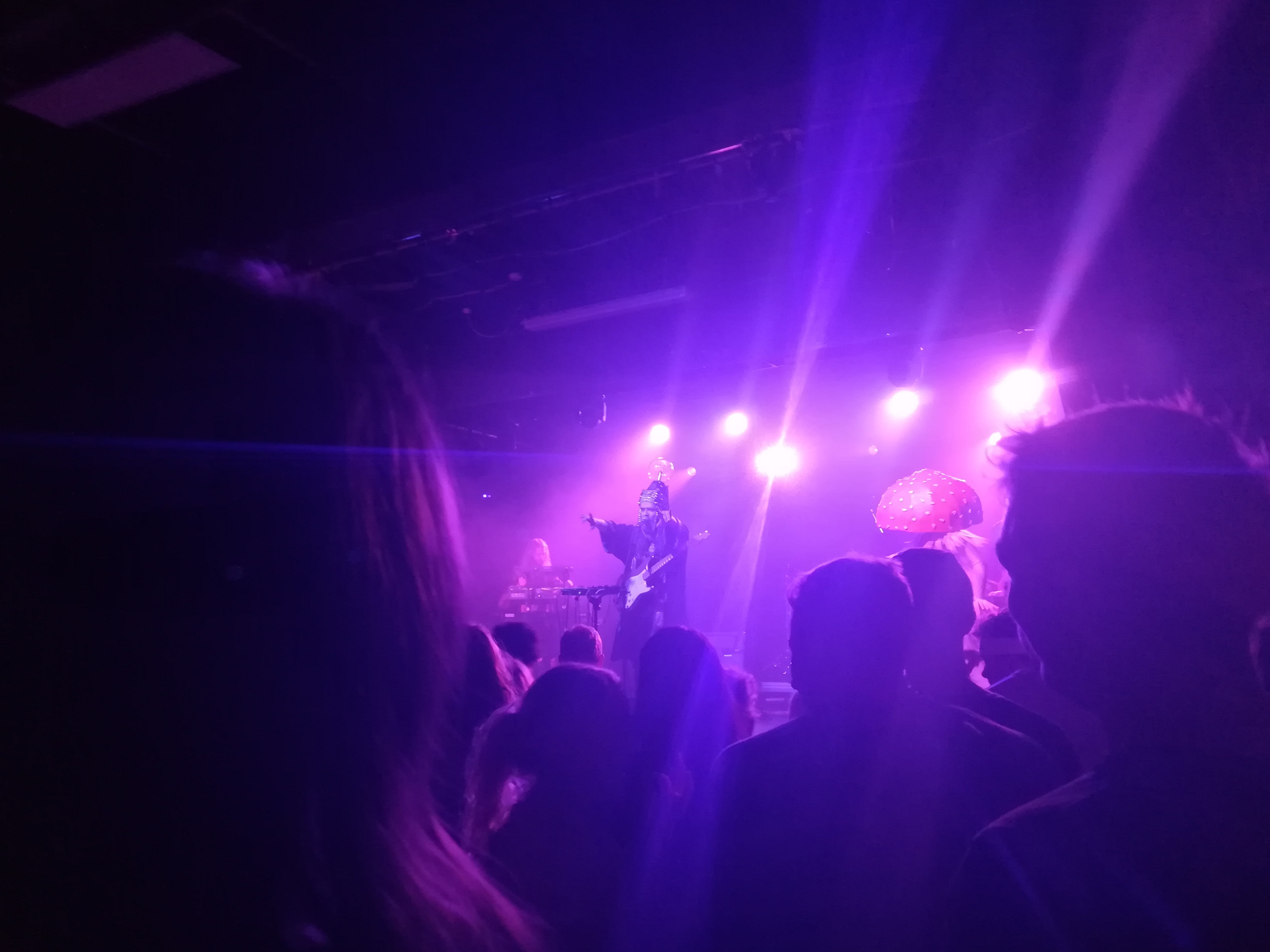 Intergalactic ravers HENGE have arrived in the Trinity Centre to spread news of incoming apocalypse, robotic malfunctions and the joy of collectively losing your shit. The band journey from the far reaches of the galaxy to disseminate such pleasures, although as today’s support act Shunya explains, their space ship was caught out on the M1 by a lack of space fuel and a “wanker” traffic officer.

HENGE have attracted a dedicated cult following over the years, their sets at festivals like Shambala becoming legendary, and a high proportion of Bristol’s wizards, cosmonauts and vikings are in attendance. The atmosphere of the gig is epitomised by the behaviour of a security guard. Rather than bolshily checking people’s IDs and bags, he instead enthusiastically encourages attendees to take a look at the graphic comics on sale, comics that detail HENGE’s heroic space adventures.

Band members Nom, Goo, Grok and and Zpor kick things off by imploring the audience to dance, a plea which is frankly unnecessary considering how ready the crowd is to shake their cosmic derrières. Frontman Zpor is the beating heart of HENGE, a hairy wild man of space wearing a ven der graaf generator on his head, whose perma-smile could charm even the most aggressive Martian. He leaps about the stage, looking like he’s having the most fun in the galaxy, before asking us in a robotic voice “how are we doing tonight Bristol?”

The songs hark back to the golden age of a fascination with space, of Sun Ra and Moonraker and 2001: A Space Odyssey. The computer in Zpor’s head sings a song, and a broken robot attempts to fix itself while synchronised dancers dressed like Woody Allen in Sleeper beep and boop their way around the stage. The same dancers writhe around as giant mushrooms during ‘Mushroom One’. We are warned of a dire future with ‘The Great Venusian Apocalypse’, which details how Goo’s home planet was destroyed by something very similar to climate change. ‘In Praise Of Water’ encourages a euphoric mosh pit at the front of the audience.

All of these hi-jinks could be lost as a mere gimmick if the music and performance wasn’t up to scratch, but HENGE bring with them serious live credentials and musical capabilities. They manage to fall into a genre-defying cocktail of dance music, bridging electro, techno, rock, punk and more. Nom’s funk-infused drumming ensures that every song is danceable, and Zpor must be one of the finest front men in the business right now, instilling in the crowd a consistently high energy. Final song ‘Demilitarise’ brings about the most unified choral singalong you will see outside of a Neil Diamond-braying footie stadium. HENGE deserve to be heard by a much wider audience, but for now they remain a pleasingly underground phenomenon as one of the best bands to see live.