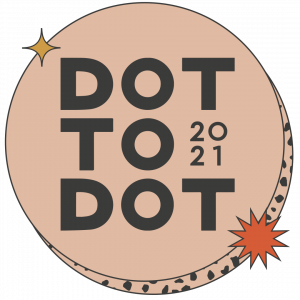 Last weekend saw the return of Dot To Dot Festival’s bonanza of live music – over 120 acts performing on 16 stages across 11 city centre venues during a near 12 hour schedule – that presented ample opportunity for Bristol gig-goers to make up for lost time and consume a ton of upcoming bands and artists.

Firstly, one needs to negotiate the wristband exchange, as usual located outside Thekla. Due to a residual brain melt after a classically misguided “two pints then home” the previous evening, obtaining a wristband is far harder work than it reasonable should be. A lengthy time in the queue merely culminates in a security fellow turning us away as I have completely neglected to research the festival’s Covid safety requirements and have neither vaccine passport nor lateral flow result at the ready. Oh, that pandemic thing.

It’s take two on the queuing front, and it is now an expanded chain of humanoids running nearly as far back to Riverstation. This at least provides sufficient time to get the requisite vaccine confirmations up on phone screens, and finally wristbands are attached and festival programmes pocketed. We head toward Rough Trade and arrive a few minutes into singer-songwriter Jalle’s (pronounced ‘Ya-lee’) 3.15pm performance. Jalle and his two backing musicians – all donned in baseball caps – deliver alternative-pop balladeering with elements of hip-hop. Jalle looks, under his cap and curls, like a teenager and this appears to be confirmed in the raw and unrefined candour of his lyrics. He describes mid-set song ‘Blame Myself’ as “about losing someone and not dealing with it in the best way” and following tune ‘Hey’ contains the lines “I’m a little fucked up.” Elsewhere, there’s a literal mic drop when Jalle asks the crowd how they’re doing and loses a grip on his microphone, and the set ends with a lyrical big finish of “So fuck you!” It’s a bit too Fred Durst; I defy any artist – past, present or future – to finish a song in such a way without inducing a healthy dose of cringe. 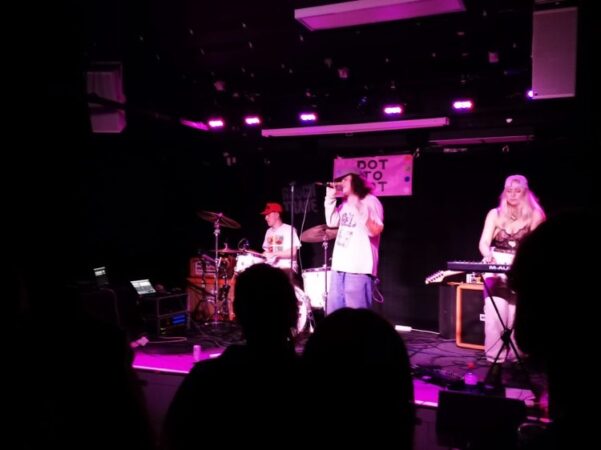 Next, it’s over to the O2 Academy for Chubby & The Gang. It’s superlative Dot To Dot-ing as we arrive 3 minutes prior to the West London punk outfit’s 4pm set. Two things are instantly apparent: Chubby and his gang are LOUD and guitarist Ethan Stahl – power stance, leather jacket – is doing a sterling Johnny Ramone impression. With ears ringing after the opening track, I’m aghast to see that the band are signalling for the soundman to crank it up a notch. This is very much balls to the wall punk rock – relentless barre chords, urgent rumbling vocals, simple driving rhythm section – but it’s frankly a disastrous marriage with the O2’s dodgy acoustics; it isn’t easy to make out anything. 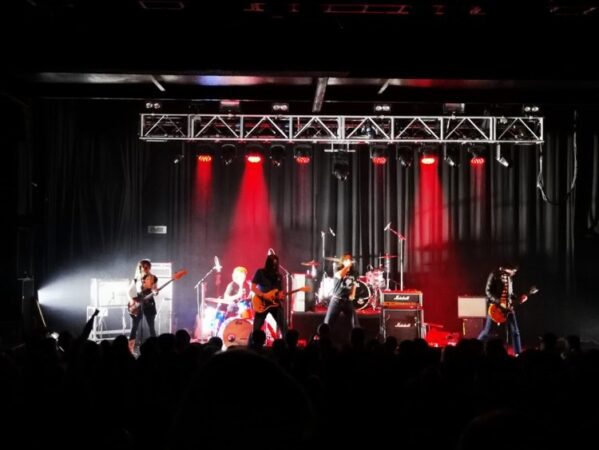 Frontman Charlie ‘Chubby Charles’ Manning Walker – misleadingly not a bloater but rather svelte – stalks aggressively across the stage and introduces a song about “Injustice in the UK”. He then declares “Every copper is a cunt. I couldn’t give a fuck, bruv” (there’s nothing like a nuanced argument) due, in part it seems, to a family friend being sent to prison for 20 years. No context is given for this and one wonders whether Chubby’s pretentions of rebellion are so untethered that they extend to his being livid at the general existence of laws. There’s a lovely moment of juxtaposition when I spot a frenetic headbanger swirling his hair around like a maniac right next to a clean cut middle-aged gent who impatiently glances down to check his watch. I’ve failed with song titles here – capturing any of the lyrics was something akin to lassoing the breeze – but my Fix cohort returns from the bar with the benefit of earplugs and acknowledges that the music is actually half decent.

We take a one pint pit stop at The Hatchet and it appears that out of work comedians may have sought employment behind the bar of “Bristol’s oldest pub”. I ask which lagers they serve. The young scamp of a barman declares they don’t do any lagers. I laugh awkwardly and say that I’ll have a Heineken. I’m then told by another staff member – Barry Chuckle to the other guy’s Paul – that it’s actually “Heineken cider.” I then ask for a pint of Helles lager for my cohort. I’m told that this is also cider. What is going on here? Can an unfunny joke somehow become funnier with constant repetition? Is having a sense-of-humour-ectomy a prerequisite for pulling pints behind the Hatchet? Is it okay if I borrow that corkscrew from behind the counter and trepan myself into oblivion?

Having received general kudos from the music press for last year’s debut record 925, the sense of anticipation ahead of Sorry’s 5pm performance is manifest in a huge queue snaking its way to the back of the Academy. The North London five piece – indie rock with inflections of “grunge, jazz and trip-hop” according to the Guardian – open up with ‘As The Sun Sets’. The song’s mournful arpeggios, and offbeat sentiments of alienation lay lost in the mush of the O2 acoustics and even following tune ‘Starstruck’ – the group’s most recognisable and catchy song – fails to translate in its surroundings. It’s a shame. Sorry certainly sound better on record. 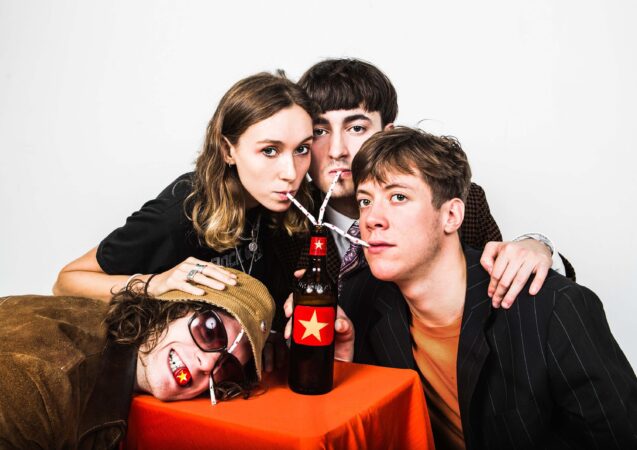 It’s probably safe to say that, in the live forum, Sorry are dependent on their song-writing skills to do the talking. However, if their tunes aren’t quite coming through there’s very little – considering a stagnant stage manner and lack of audience interaction – to compensate. It’s close but the drummer’s solid Theo Von style mullet isn’t quite enough of an engaging spectacle. Paying very close attention to the lyrics, one can notice a small trend for transposing classic lyrics: “I’m feeling kinda mad/The dreams in which we’re famous are the best I’ve ever had” during ‘Right Around the Clock’ pilfers from Tears For Fears.

Kofi Stone is already one song in as I arrive a smidgen after the 6.15pm start time on Thekla’s packed main deck. The audience is already a horizon of swaying hands and the promising Birmingham born rapper declares “Bristol massive inside – this is our first time in Bristol.” Stone’s style of rap employs confessional storytelling and vulnerable honesty mixed with instrumental samples and soulful choruses. ‘Stories in Pyjamas’ compares the simplicity of childhood with the struggles of growing up while ‘It’s OK To Cry’ – a collaboration with Loyle Carner on Stone’s debut Nobody Cares Till Everybody Does – is a candidly sweet, post-heartbreak singalong. 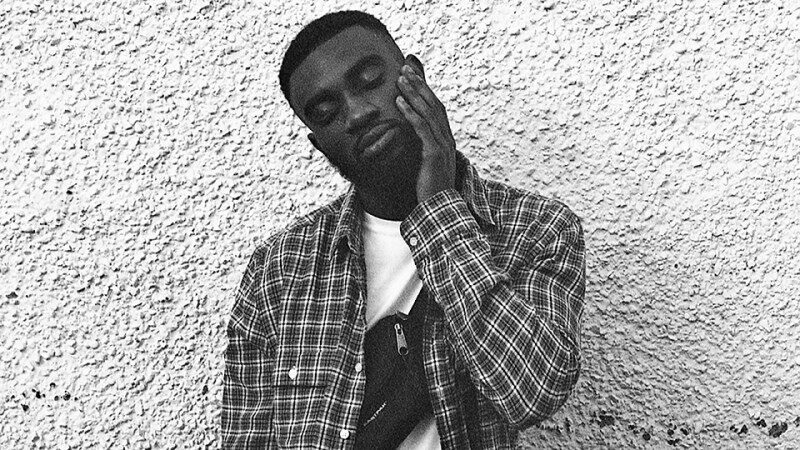 Stone appears to be thoroughly enjoying himself and he displays an effortless charisma. He intros a track “about a girl who broke my heart” and induces a rather amusing series of audience boos toward his erstwhile lover. It’s clear than Stone has won over the room. He hands out bouquets of flowers to two members of the crowd before ‘Talk About Us’ and later initiates the room into a call and response chorus. With his declarations of “much love, Bristol,” Stone cuts a likeable, genial figure so removed from the bling and booty archetype of the hip-hop world. In ‘Dirty Air Forces’ – a quite literal disregard of this genre obsession with materialism – Stone recounts noticing his old, unclean Nike Air Force trainers while on a train journey and concludes that it absolutely doesn’t matter. He asserts that “It’s been an absolute pleasure rocking with you tonight” and finishes a festival defining set by taking a selfie with the rapturous audience.

The Dot To Dot ethos is eschewed as I remain on deck for Wolverhampton born R&B, electro artist S-X. Backed by DJ Swoosh on digital decks, S-X kicks off with ‘Wrong Place, Wrong Time’ before displaying some boilerplate 2021 between song badinage: “Is anybody vaccinated?” S-X, who has collaborated with the likes of Childish Gambino and Nicki Minaj, displays during an early number the understandable woes of lyrical amnesia after the lockdown hiatus (“It’s been that long” he tells the crowd). However, he later raises some suspicion of lip-synching within the room: “You’re not even singing” comes a heckle from the crowd during ‘Too Soon.’ It’s hard to tell how true this is but one notices an early set instance whereby his vocals can still be heard a moment after he comes off mic to adlib. 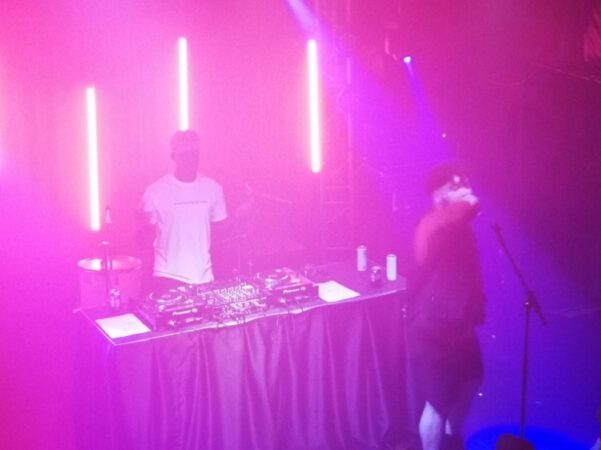 S-X complains of the heat – to be fair, he is donned in long sleeve shirt and body warmer – and teases us that tonight “might turn into Magic Mike.” Later, he declares that he is a singer/songwriter who writes all his own material, and now he is performing them for us. He has beautifully captured the nature of an artist and exactly what is happening in this very room. It’s not really my thing but the crowd – despite the accusations of Milli Vanilli syndrome – seem to have enjoyed it.

The Fleece is absolutely rammed but happily starts to empty following the somnolent, shoegaze indie of Drug Store Romeos, and at 9pm I shift stage right to get a close up view of London-based art rock/post-punk oddballs Snapped Ankles. The four piece all wear ghillie masks – save the drummer who’s adorned in a black executioners mask – that give an appearance somewhere between Ents from Lord of the Rings and the Three Wise Men from Life of Brian. They even do mic checks differently; a sound tech mutters a Blackbyrds lyric – “Doing it in the park, doing it after dark” – and the band are ready to go. 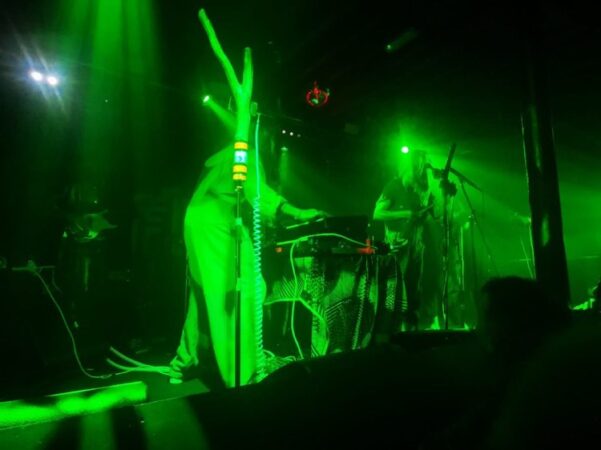 (Snapped Ankles at The Fleece, 9pm)

It’s quality stuff from the first tune; the band’s expression of rave infused, electro rock – somewhere between Orbital and Henge – immediately gets the crowd moving and the singer takes an early trip into the audience. ‘Rhythm Is Our Business’ is a bass heavy oscillation of frenzied keyboards and my Fix cohort busts a move for the first time today; at last, it feels like a festival! The band are tight, the vocals remain mysterious and echoey, and mounted branches on the mic stands provide occasional percussion. Is that wood in tune? The band show “respect to the bar and door staff” while a laser show brings a riveting performance into the end zone.

It’s just after 9.45pm and – though there’s still time to catch some of headliners Sports Team or Palace’s sets on the other side of Bristol Bridge – Snapped Ankles’ set feels emphatic enough to be a deserved festival closer.