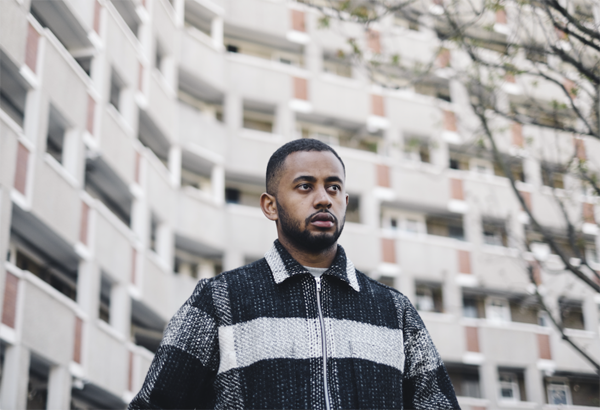 It’s Thursday and that can only mean that tomorrow sees the release of another batch of new singles. Here’s our pick of three from the upcoming releases…

Despite the fact that I have pretty much no idea what Cadenza, Mr Signal and Stylo G (real name Gerald) are going on about, there is something delightful about the exuberant, sunshine vibes of ‘Foundation’. The musical equivalent of a seven year old child romping around a July barbecue while goofed up on too much tartrazine, this tune encapsulates an unbridled ebullience and a carefree embracing of the summer season.

Positively soused in good vibrations, the song relies heavily on Sound Dimension’s iconic 1967 ‘Real Rock’ riddim – a riddim that has perhaps become the most popular ever in the history of reggae music (riddim is the Jamaican Patois pronunciation of the word “rhythm” – if you didn’t already know this then you’re at least 27% racist). It also has a video so bright and colourful that it is likely to melt the cornea from off the eyeballs of anyone staring at it for too long. Be warned.

Though of course best remembered as that angry young man who sang about “kidney machines replaced by rockets and guns” amongst an enraged clatter of guitars, Weller’s more delicate moments, such as with the exquisite ‘English Rose’, were among his very finest. In similarly romantic vein, the third single taken from May release Saturns Pattern is a decent effort in which Weller ponders companionship and whether the hand of fate will take him and his muse in converging directions. It’s just a bit of a shame that the video looks like the most pedestrian, suburbanised game of Grand Theft Auto ever – ‘GTA 6: Weybridge’ anyone?

This piano led number fluctuates between the gentle tinkling of its verses, the pounding drive of its bridges and a harmony drenched outro. All in all, pretty nice – although watching the video, I’m almost dying to see that car callously mow down some unsuspecting prostitutes or for the driver to induce unnecessary mass death by launching a grenade into a shopping centre.

Rather than a whimsical new direction taken by former Oasis bass player Andy Bell, this is a quaint little tribute to the seaside town from that other Bell who was in Erasure. Originally taken from last year’s monumentally titled Torsten the Bareback Saint (this version is actually a remix which will be released on September’s Variance album), this rather eccentric little ditty is not without its charm and Bell’s mention of “the ghost train where I touched you up” gives a compelling insight into probably the only time when the old fairground favourite ever managed to offer up genuine terror.

And like any new single worth its salt, it’s also got a gloriously oddball video. Bell clutches a stack of carrots in each hand for dear life, retro footage reveals a child buying a stick of rock the size of Linford Christie’s love-wand and Bell incongruously confronts a boxer while adorned in the desultory garb of a freshly slaughtered lamb, a lantern and the WWF Championship belt across his shoulder.