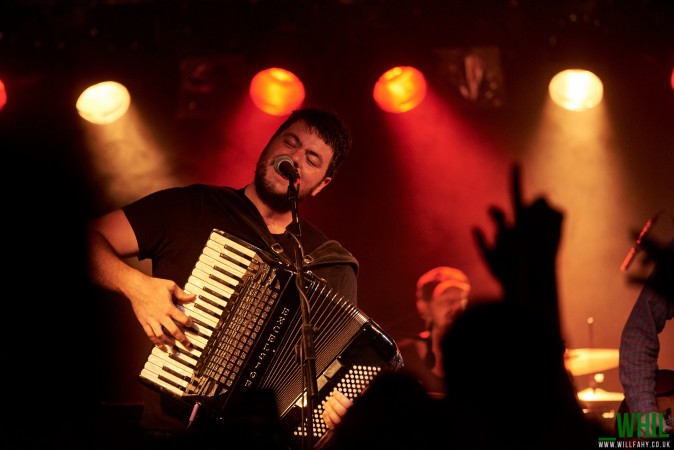 Bowling into town like a Steinbeck dust cloud, former New York buskers The Felice Brothers could easily be mistaken for being characters lifted right out of one of the great mans novels, given their achingly beautiful bluegrass soul and downtrodden demeanour. Yet, even while you’ve probably seen a lot of this before, there is still just enough here to keep things modern and germane.

Hailing from Palenville, New York in the Catskill Mountains, the two Felice brothers – Ian (guitar/lead vox) & James (accordion/vox), are joined, as ever, by Josh “Christmas Clapton” Rawson (bass), Greg Farley (fiddle) and David Estabrook (drums). Together they produce gorgeous tunes that truly encapsulates that romanticism the great writers have always found in nowhere America, depicting, in all its beauty (rust and all) the forgotten places and beat down people of that beguiling land with a resolute optimism.

There truly is something unique about that twang of Americana that plucks the heart strings and gets into places other bands just can’t reach, and The Felice Brothers are expert proponents of the art. As Ian Felice channels Dyaln at his rapping, abstract/psychedelic best (think Basement Tapes era), James Felice channels his inner animal, crazy eyes and all (see below). 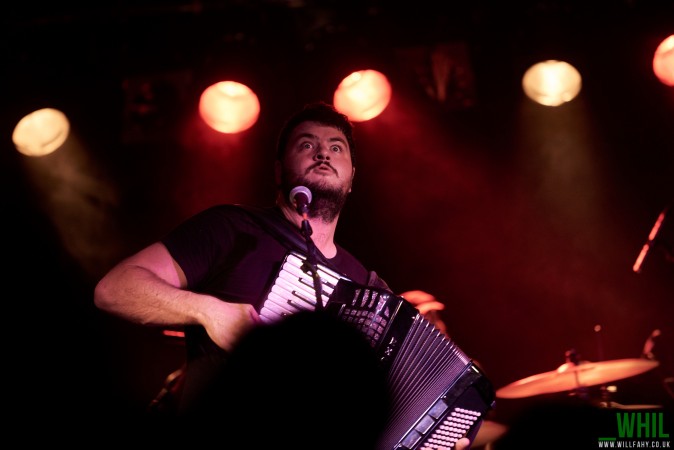 As ever at the Marble Factory the crowds positivity is unbound and there is overwhelming support throughout (its hard to pin this down to the acoustics or whatever but the crowd always impresses here). The veracity of the raucous crowd is markedly offset on stage by the unassuming stars who recall a bluegrass version of Neil Young’s Crazy Horse in all their ragged glory, they certainly wouldn’t have been out of place at the Last Waltz.

All true musicians (jumping from instrument to instrument without a pause) they hurry through the set like a rail car rattling through the hot Virginia night and songs like ‘Wonderful Life’, ‘Cherry Liquorice’ and, highlights of the night, ‘Dead Dog in the Rain’, ‘Whiskey in my Whiskey’ & ‘Frankie’s Gun’ display all their introspective brilliance from across much of their 10 record back catalogue. 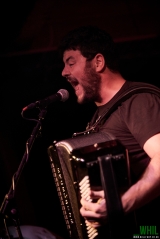 ‘The Ballad of Lou the Welterweight’ especially comes in for special attention, with the front five or six rows bellowing out the lines in breaks between songs in a desperate plea to the band to give them what they want. Impressively the group resist the urge to cave and allow the hunger to froth up into a lather of excitement until finally relenting.

Ten records in and still getting stronger, The Felice Brothers show no signs of slowing down.

To find out more about the band click here.