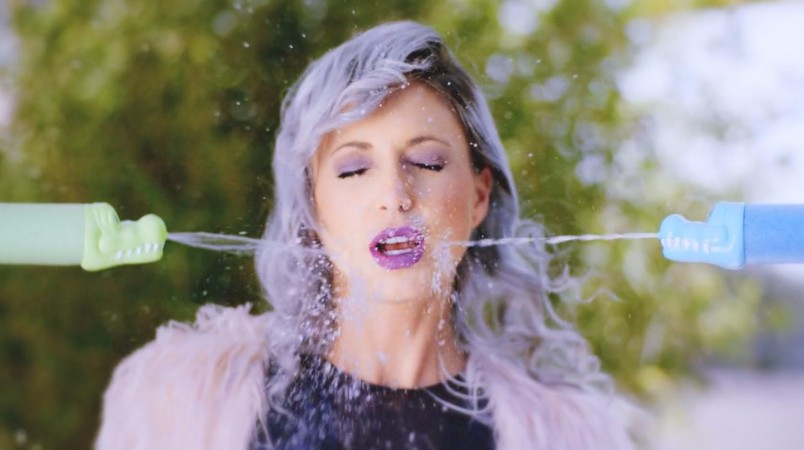 Taken from debut album X Colour, ‘Threshold’ is the latest single from Redlight – AKA Hugh Pescod from Bristol. Picked as Annie Mac’s Hottest Record in the World, the chunky slab of mainroom club music was put together with a 12-piece orchestra and the vocal talents of Melisa Whiskey

The video for ‘Theshold’ takes it’s lead from the return of Peep Show for a ninth and final series, and features a first-person perspective of perennial slacker Jez loitering around his housing estate in Croydon. Thus we see Jez serving lukewarm sausages and beans in a diner and being turned away by some totty, before things take a drastic turn for the worse and he murders and burns a dear friend of his. A failed attempt to fiddle some norks in a strip club leads to his necking some pills in a shit-looking club, and then some uppers give him the energy to run headlong down a dual carriageway and scale a crane.

What a rollercoaster of emotions.

Back in 2010, Australian duo Yolanda Be Cool and producer DCUP appropriated the charmingly awkward ‘Tu Vuò Fa’ L’Americano’ by Renato Carosone for their slightly less subtle ‘We Speak No Americano’. It was a smash hit, which reached it’s pinnacle when used as the soundtrack for the four Inbetweeners gooners horse-twatting their way across the dance floor in a vain attempt to woo some unsuspecting females.

Well, fast forward five years and the antipodeans are at it again. This time, they’ve taken on the genuinely incredible and ground-breaking tropical funk of ‘Soul Makossa’ by Manu Dibango and ripped it off to produce the misty spaff that is ‘Soul Makossa (Money)’. The Aussie boys are clearly well versed in Duala, the dialect cluster of the Duala and Mungo peoples of Cameroon, and therefore recognise that ‘makossa’ means ‘I dance’. Thus they’ve slapped a fat beat on the tune and an even fatter man on the vocals to huff some nonsensical lyrics. The record’s saving grace is the unintentional hilarity 25 seconds in of an iron-deficient gizmoid saying “money” and throwing 15 quid at the camera.

The history of popular music is littered with songs that took mere minutes to write. Jack White wrote the behemoth ‘Seven Nation Army’ during a soundcheck before a show, while Neil Young, spurred on by the shootings at Kent State, took just a few hours to put together ‘Ohio’. The Beastie Boys’ ‘Fight for Your Right’, Beck’s ‘Loser’, The Stones’ ‘Satisfaction’ – all knocked out over a cup of tea and a pack of Dinky Donuts.

Famously, Keith Richards managed to lay down the riff to ‘Satisfaction’ and send off a few emails before his Samsung Galaxy battery croaked, while Ad-Rock, Mike D and MCA pieced together the lyrics to ‘Fight for Your Right’ while also rampaging through Candy Crush. I bet Jade wishes she had plugged for the Nokia 3310 to give herself a bit more time to work on this nonsense. I mean, those batteries last for years.