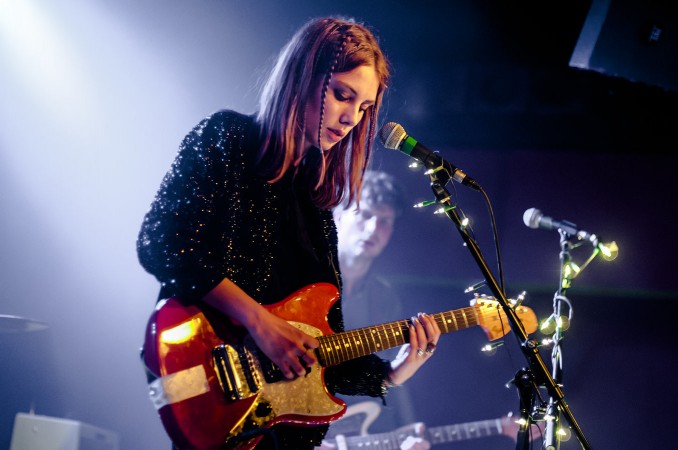 Here we go again – in our ‘New Singles of the Week’, we bring you right up to date with this week’s new releases.

Already established as a live favourite and an incitement to many a mosh-pit at their gigs, ‘You’re a Germ’ is the third single to be taken from the Wolf Alice’s soon to be released debut album My Love Is Cool. The song catches the North London alternative rockers in somewhat schizophrenic mood as quiet, brooding verses are punctuated by hard-hitting drums and wailing guitar before exploding into a joyful chorus of grunge rock bitchiness.

I’m not quite sure what the song’s antagonist has done to songwriter Ellie Roswell but with sentiments like “You’re a creep” and “You’re a dodgy fucker as well”, I’d guess perhaps at some non-consensual frottage or a mischievous ransacking of her knicker drawer.

With this debut single and just a couple of demo tracks available, BBC Introducing faves Zurich are very much a band that embody the meaning of words such as “nascent”, “incipient” or “inchoate”. For those without either a dictionary to hand or a boffin like grasp of the English lingo, this basically means that the Oxfordshire trio are a new, upcoming band ready to fully blossom into being – the release of ‘Alone’ could very much see them emerge from the shadows in style.

With each band member possessed of a number of disparate influences that range from Franz Ferdinand, CHVRCHES and John Frusciante, Zurich play anthemic, post-punk rock with a tenebrous tinge of 80s electronica.

An R&B selection just to prove that we at The Fix are a polymathic bunch with a wide acceptance of varying musical styles…plus it’s an opportunity to ridicule what is a frankly preposterous video. Starting off somewhat disturbingly with his impression of a toddler being baffled by a shiny kettle, Ne-Yo seems to be living out the realisation of a thirteen year old’s wet dream as he cannot seem to avoid scantily clad broads pole-dancing in his vicinity. Whether at the basketball court, the library or the supermarket he just cannot escape that good ol’ booty shake (lack of focus due to the perpetual presence of arse now sees him consistently shooting air-balls, accidently borrowing Dan Brown books and missing several quality BOGOF offers at his local Aldi).