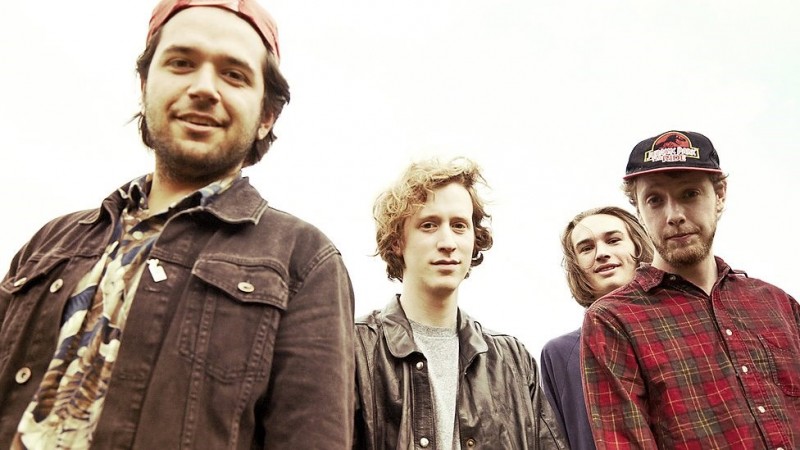 A couple of weeks ago this track was selected by Zane Lowe to open up his Beats 1 radio show and thus became the first ever track to be played on Apple’s new live streamed radio service. Quite a coup for the Manchester garage punk rockers who deliver here with a raucous assault that sounds somewhere between early Clash and the boisterous new wave guitars of bands like Sham 69. Featuring cheerleaders, guns, crucifixes, dollar signs and terrorists in balaclavas, the video celebrates everything that is beautiful about America.

Some would argue that what defines an effective piece of art is its ability to inspire both a strong and lasting emotional impact in the heart of its beholder. Considering this, the fact that Ian Erix’s ‘Shangri-La’ makes me want to take a sledgehammer to my own face while praying for a nuclear holocaust must make it some sort of masterwork. The song begins by claiming that edgy Erix is wanted for “crimes against conformity“; however, in terms of being a talentless cack peddler with annoying hair, a vest declaring it’s “party time” and an irksome obsession with sticking his tongue out like a salivating dog in a butcher shop, he’s the biggest conformist ever.

With the lyric “You should win the Nobel prize/For shaking that thing like Shakira”, Erix apparently inhabits some sort of vacuous alternate reality where Solzhenitsyn was awarded his prize in 1970 for a highly proficient ability to twerk his buttocks into a frenzied blur. The video sees Erix nauseatingly censor his own bad language and generally act like a prize twonk amongst his idiot friends. Jesus, there’s even a couple of sightings of a selfie stick. Currently being considered as a recruitment video for Islamic State.

This week saw the unveiling of the new video for Gallagher’s fourth single from sophomore solo record Chasing Yesterday; though not strictly a new release this week, I’m feeling sullied after that Ian Erix abomination and it’s time to write about something decent. A song 23 years in the making, ‘Lock All The Doors’ is a relic from pre-Definitely Maybe era Oasis that was abandoned when Gallagher gave the verses away when collaborating with the Chemical Brothers for ‘Setting Sun’ in 1996.

Carrying a killer chorus in his pocket for over two decades, Gallagher finally pieced the song together with new verses and the result is a rollicking indie rock belter that echoes the spirit of early Oasis and the prolific song writing of Gallagher’s youth. It’s so evocative of the Manchester band’s early years that, in watching the video, I half expect the glistening scalp of Bonehead to make a sudden appearance.