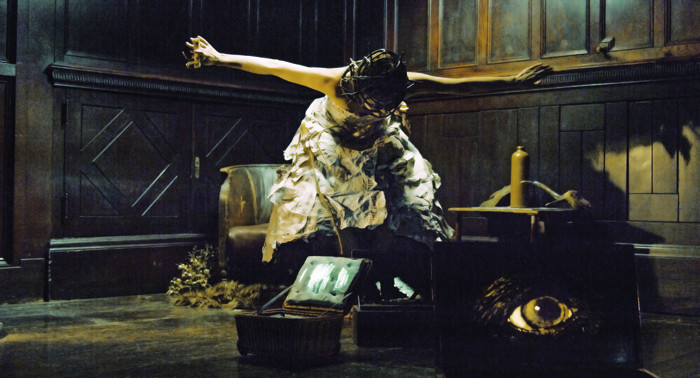 The premiere of a highly unique new piece for theatre, The Stick House, by Bristol based collective Raucous, that fuses live performance, film, music, and creative and digital technology, has been announced for the 7th September.

The show will take place in a new performance space for Bristol, in Victorian tunnels under Bristol’s iconic Temple Meads railway station, that have not been used in over 70 years.

Theatre collective Raucous, with the help of Bristol’s Invisible Circus, will be transforming an incredible series of red bricked, arched chambers under Bristol’s Temple Meads station into the lush, immersive world of The Stick House – a lyrical, dark fable of love found, betrayals made and the beast in all of us.

So where do you hide when the Beast comes to your door…?

A collaboration of over 15 theatre makers, film-makers, scientists, creative technologists and composers, Raucous forges new ways of thinking about how theatre is made, driven by a desire to heighten the experience for an audience so that it is more immersive, immediate and emotive. The Stick House places the audience firmly at the heart of the play – they embark on a theatrical journey where the action is revealed around them.

The door of The Stick House is open. All you have to do is walk in…

To walk right through and get tickets just click here.