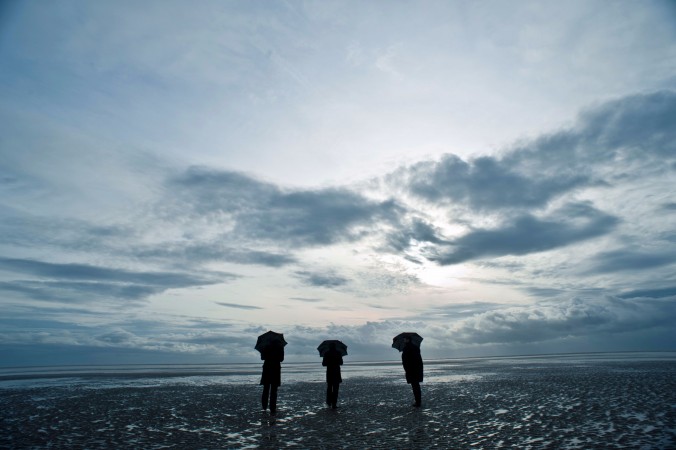 Straight off the back of a European tour and leading up to their performance at the 2015 Bristol Summer Series, we’ve caught up with I Am Kloot. Here, they reminisce of shows played and attempt to give us an insight into what we can expect when they take to the stage on Friday 26 June.

Has IAK spent much time here in Bristol before? Can you remember any shows you’ve done here in the past; anything you liked/didn’t like about those experiences?

I remember pretty much all our gigs in Bristol. First one in 2001 at the Louisiana; jam-packed little room upstairs with dinner cooked by a famous Italian footballer’s dad. Best lasagne I ever had. We played on the boat in the harbour recently, and could hear our support band at the time, Agnes Obel, singing beautiful harmonies backstage along to Johnny when he does his solo spot mid-set.

One night, years ago, we were at the end of a tour and I had all the money with me from selling cds and t-shirts which I put safely on top of the bed unit in my hotel room (the bed unit was an enclosed wooden unit that went from floor to ceiling incorporating the bed) the envelope of money dropped from above, down into an irretrievable gap between the bed unit and the wall – trapped! As it was a weekend there was no hotel tradesman to call out and open the unit to get our money back, so while the rest of the band and crew went out to celebrate the end of the tour on a Bristol Saturday night I spent hours with a pair of nail clippers dismantling the bed unit to get the envelope! After much swearing, bruising, giving up and starting again I got my fingertips to what was essentially our wages from the tour. The hotel room was compromised to say the least, but we got away with it! Forgive me if I fail to name the hotel, failure was not an option; very Alan Partridge.

Your most recent tour around the Netherlands, Germany and the UK coincided with the release of a live album, “Hold Back the Night” – how did you find the tour?

The tour was great fun and a success. We played as a three piece band like we did when we first started and played a lot of songs that have been absent from the live set for years. After a while of not playing, this was a change from the augmented line-up we have had for a few years now. Our last two albums required more musicians to perform so getting back to our beginnings was very rejuvenating. After 15 years of playing and recording we are still meeting a lot of new people at gigs. We will play as a three piece in Bristol. 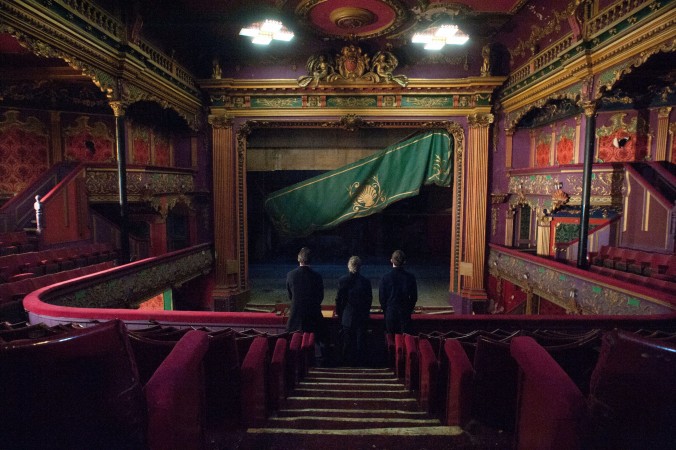 Over the years you’ve had the opportunity to play a lot of different venues in a lot of different cities around the world, but are there any that are still on your bucket list? Any particular venues or cities you look forward to playing one day?

We always liked playing unusual venues and for many years have been looking into caves around our coast line to do gigs in. Next year I hope we will get it together to do our cave tour.

And what about who you’ve shared a stage with over the years? Any particular bands come to mind that were a real treat to play with?

We played before Booker T. Jones at Peter Gabriel’s WOMAD Festival. We bought him a little gift and presented it to him backstage on the day. He watched us play and then invited us to stand at the side of the stage for his show. Booker T. & the M.G.’s were a massive influence and inspiration to everyone in the band; a real gent! What a privilege to see the man up close.

You’ll be supporting Seasick Steve when you play Bristol on Friday 26th June, are you familiar with his music? He’s quite a unique character, any thoughts on why the U.K. has embraced him in the way they have?

We met Seasick Steve at Latitude a couple of years ago. He played after us on the same stage. He had his feet up in his station wagon backstage; just a pair of hob-nail boots sticking out of a car window. He watched our gig and said hello, and like with Booker T., we watched him stage-side. He has a very infectious touch on the guitar. At his gig he was sat next to his drummer and at the start of one song he told the audience they were about to hear the best guitar solo ever played. Half way through the song he got up walked to the front of the stage, looked the crowd in the eye and played one perfect note. Like B.B. King, Steve can do a lot with one note. He was right! Best solo I ever heard. Floored the audience and then returned to his seat to groove with the drummer. He’s a very audacious and cool character; a good combination. I would guess that apart from his superb live performances and great records the U.K. audiences have embraced him for his rugged good looks.

You’ve said things in other interviews about ensuring that certain songs have an “I Am Kloot sound”. What do you think defines IAK’s particular sound?

It is the audio equivalent of receiving a very beautiful and delicate toy and due to its fragility never playing with it. After a while your curiosity gets the better of you and after a sating playtime, you smash it!

Are there qualities the band is consistently striving for when creating music together?

Dynamic range, emotional weight and a communication that provokes a strong reaction.

I’ve noticed a lot of your lyrics include religious or spiritual references, would you say this is because of direct experiences you’ve had or more of a general commentary on how you have viewed religion over the years?

I found very little about your personal lives when doing research for this interview, why is that? Do you have any thoughts on society’s current trend to “divulge all” through social media, etc.?

If you did hear anything it would probably be a lie anyway. A barrister told me once that you shouldn’t let the truth get in the way of good story.

And with that gem, I’d love to end this interview on a personal note, tell us a little bit about who you are when you’re not on tour…what are you doing when you’re not doing music?

All three of us have a business we are partners in from before Kloot started and when we are not playing live we have a transit van each and we deliver glue, jigs and paint to various garages around the Lake District and North West.

Grab yourself a ticket to see I Am Kloot and Seasick Steve perform at the Lloyds Amphitheatre as part of the 2015 Bristol Summer Series on Friday 26th June by clicking here.