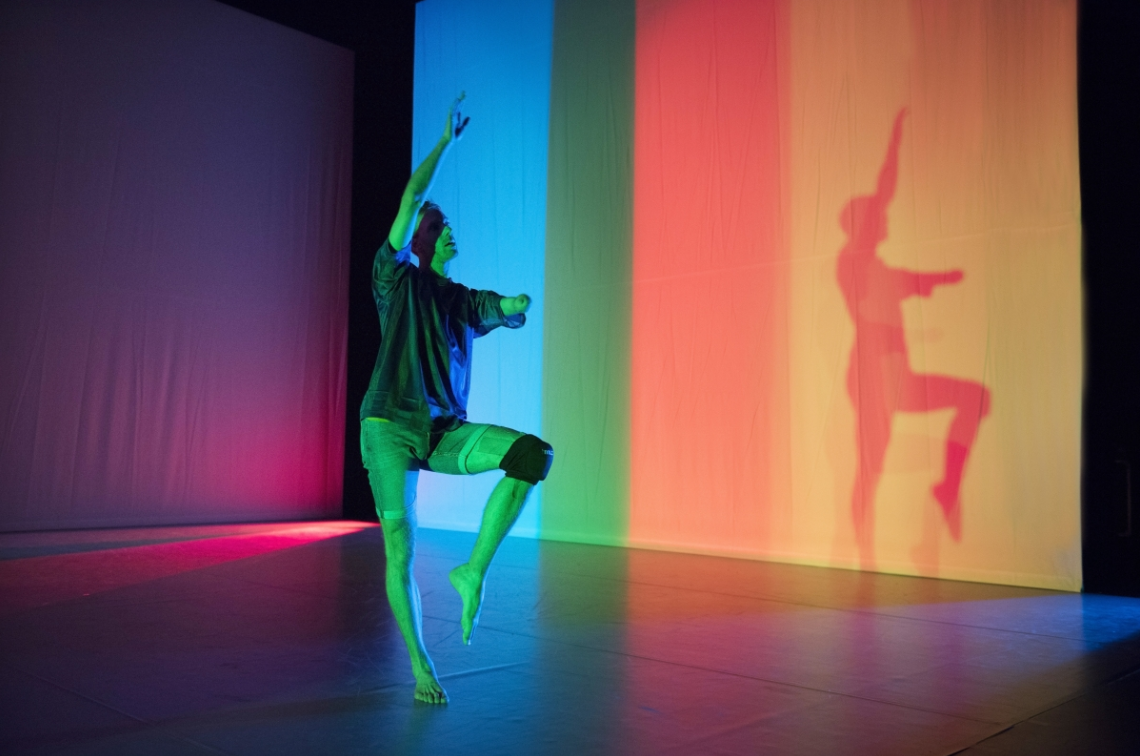 At the start of Face In, the first of two performances by Candoco Dance Company, Toke Broni Strandby enters the stage bathed in rainbows. He dances alone, with no music, the patterns he makes taking the absolute attention of an audience in a silent, stifling atmosphere. It is a sign of things to come, the two performances determined to interrogate.

Face In, the child of Yasmeen Godder, is a series of power struggles, daring to tease at acceptance and non acceptance. Following the initial silence, the soundtrack becomes more like a drone, echoing distant industrial noise like the far ends of an empty warehouse. Splashes of colour beam across the stage, transforming the dancers into a kind of twisted Keith Haring tribute, substituting fun figures for something troubling and interfering. The dancers explore difference and sameness, Nicolas Vendange turning his eyes inside out and gurning, Olivia Edginton and Mickaella Dantas intertwining their bodies in love and fight.

An injection of vigour comes with a switch in the soundtrack to the kraut funk of Brandt Brauer Frick’s ‘Away from my Body’. Everything becomes more animated, Vendange and Megan Armishaw leaping through the stage in unison. The dancers aid each other, and then bite luridly at exposed limbs. 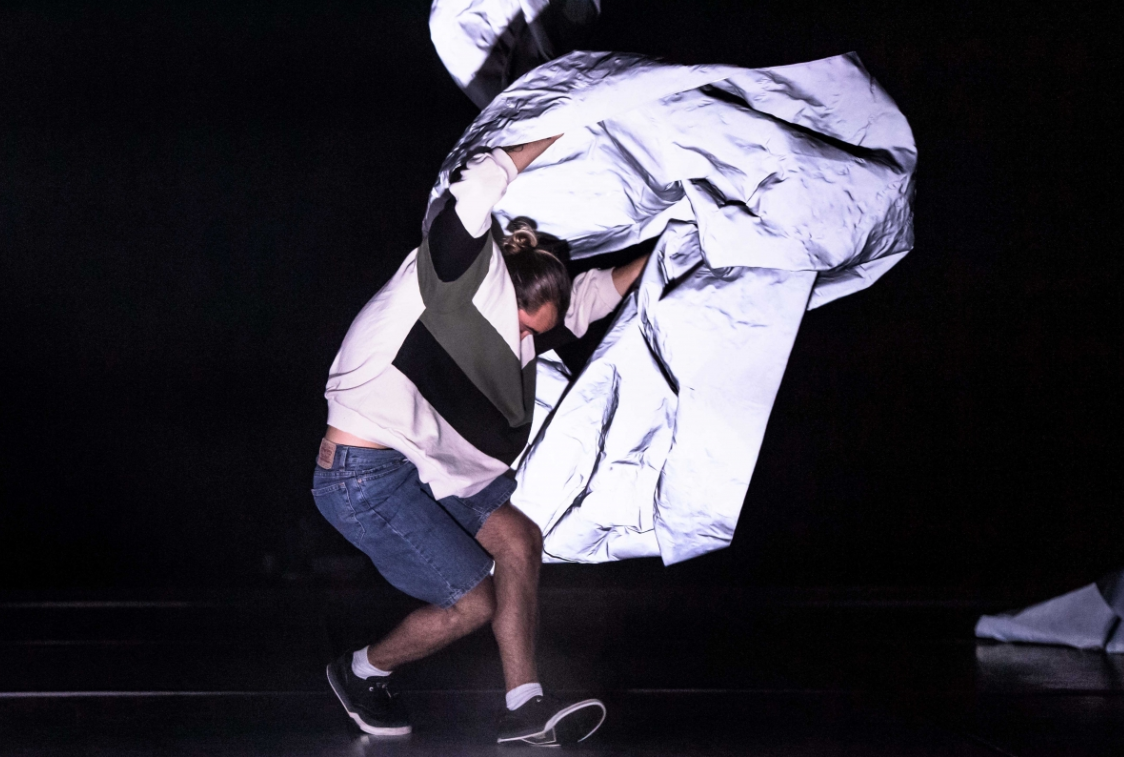 Hot Mess, the second performance, lacks such bite at times. It has a more challenging soundtrack, by Alt-J’s Joe Newman, and is perhaps more challenging generally. The dancers emerge from strange cocoons, part sleeping bag, part poncho, struggling to gain any sense of their constraints as they struggle with them. Away from their envelopes, the company play a kind of musical statues, creating an anarchic sense of dance.