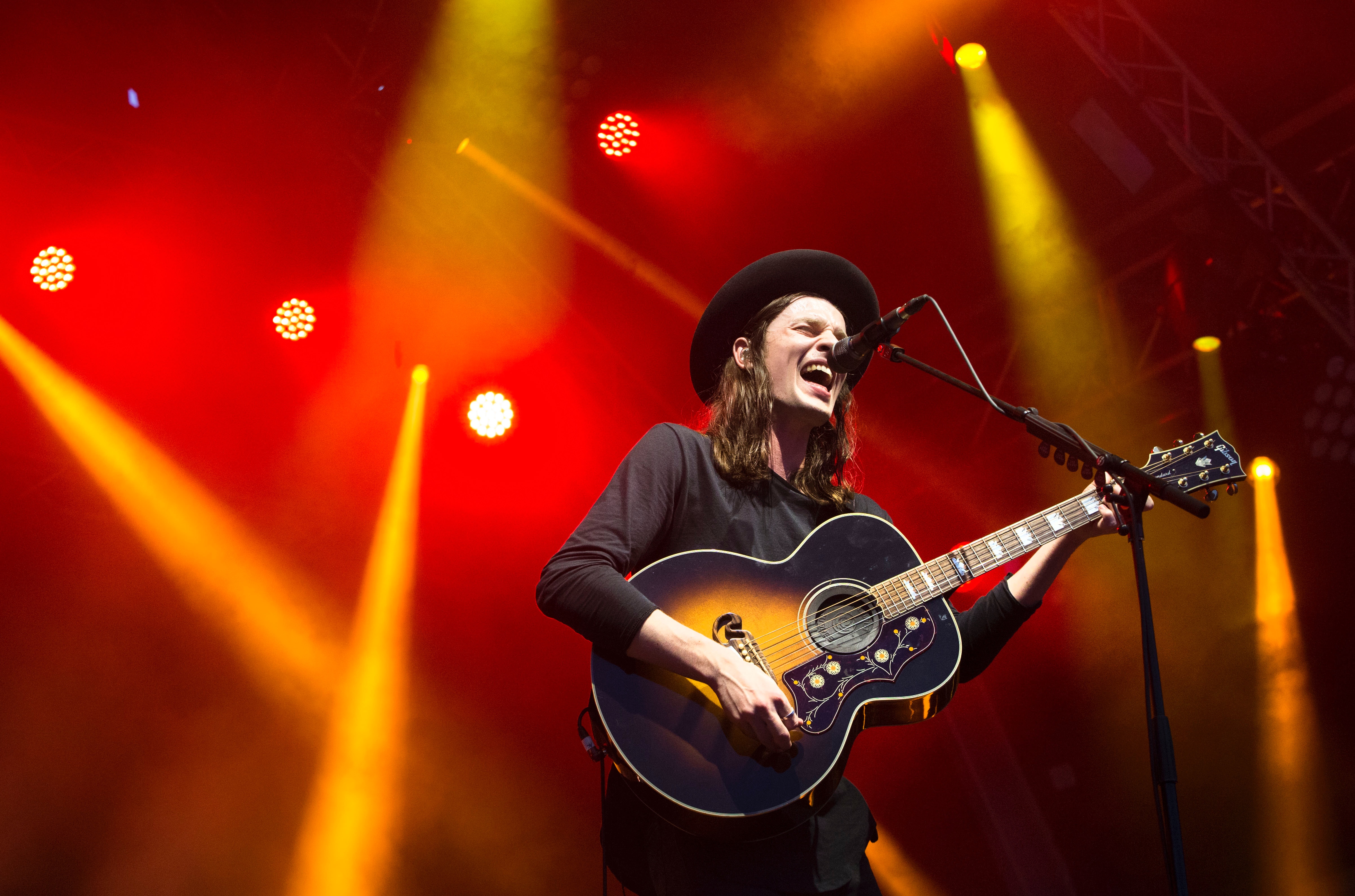 Following the success of George Ezra on this stage just 12 months ago, this year’s Summer Series kicks off with another cherub-faced troubadour, blessed with a preacher’s voice, in the shape, this time, of James Bay.

The Hitchin-born, Stetson-wearing Bay, 25, may look every bit his age but the voice that is held in his chest comes from somewhere much deeper than his slight frame.

Dressed all in black, his long hair held in place by his signature hat – he is shadowed by the now signature line drawing of his hat and face (first featured on his 2013 debut EP) that provides his backdrop.

Still making hay from his first album, the hugely successful Chaos and the Calm, tonight is a well-received recital that ploughs through all the hits and induces mass sing alongs throughout.

Best Fake Smile is a summer anthem that sits comfortably with anything else you care to mention this year. It’s this kind of universality that makes it easy to see why his success has carried so effortlessly across the pond to the US.

Cruelly dubbed by some as James ‘Beige’ (on account of his supposed blandness), on this evidence at least, seems to smack of unadulterated cynicism rather than an accurate appraisal.

Whilst some tracks don’t exude the same belief and coherence, this is only to be expected by an artist still touring his first album and with many of his best years still ahead.

Wherever you stand in the debate, it really is hard to argue against closer Hold Back the River, with its irresistible catchiness wafting over the water and onto balcony’s across the dock where dancing silhouettes pirouette to its jangly brilliance.

To get tickets to the rest of the shows just click here.