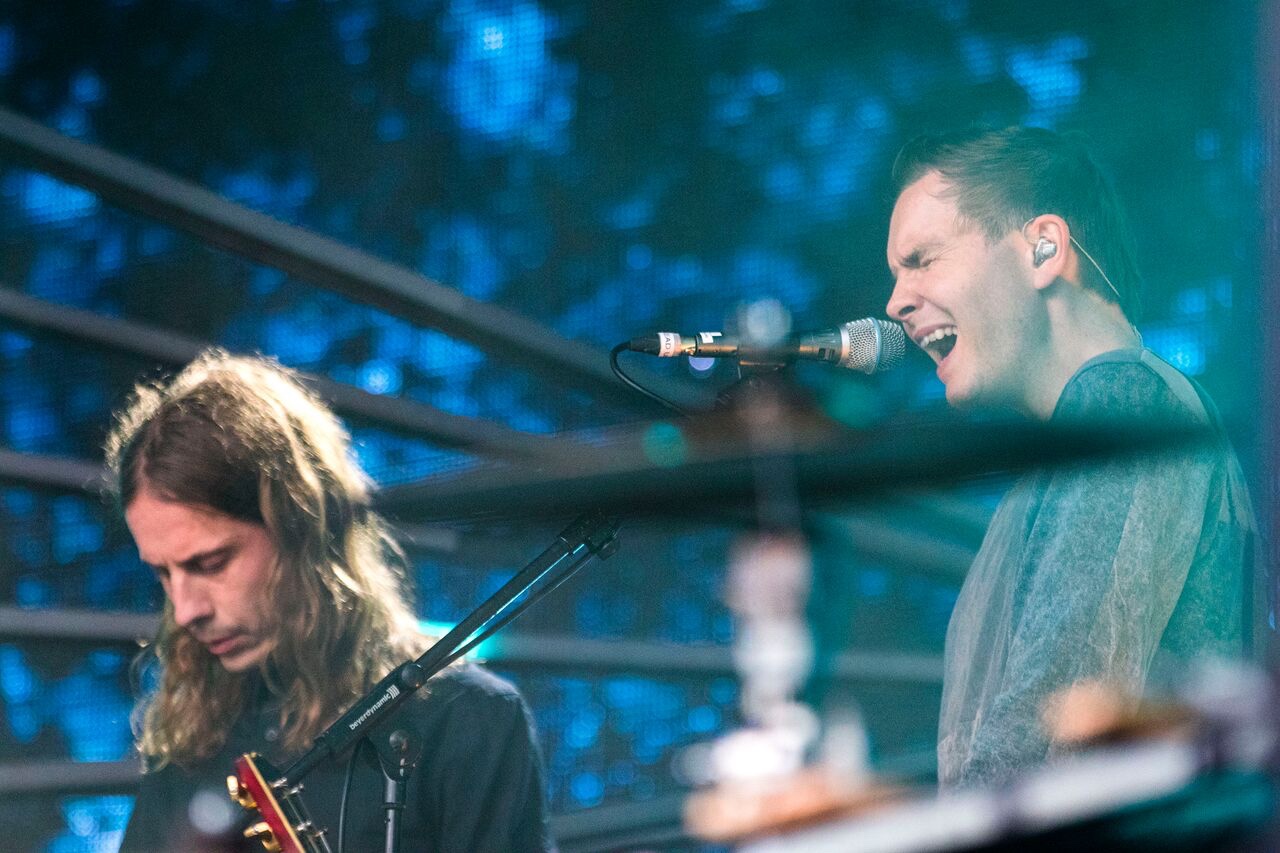 The Bristol Summer Series has returned, and, just as last year, The Fix has been devouring each night’s performances with the sole purpose of telling you exactly what we saw go down. Sadly, down is where the evening began on Thursday with a perfectly inappropriate choice of James Canty as the solo, rebel-with-a-guitar-and-looping-pedal support act. As the crowd grew thick in size and with anticipation of our headliners, I arrived just in time to hear Canty mumbling to a bored audience about his jumper. I quizzically asked the people next to me “what exactly is happening on stage right now?” to which I received replies that culminated in “we’re not sure.” Poor James; in another setting, playing to fans of his niche style of Libertines-esq whines, I’m sure it would have worked, but seeing him lost on that big black stage playing to an uninterested 3,000 strong crowd was a bit of a sad start. Thankfully, we soon saw him walk off stage to what I can only imagine was as big a relief for him as it was for us.

From what I’d gathered, it would be a real treat to see Sigur Ros live. The Icelandic ambient-rock band, currently touring as a trio, haven’t released a new album since 2013 and are currently road-testing new music on their 2016 world tour. Fans were told to expect new tunes as well as new renditions of some of the bands long lost favourites.

The soldout audience had flocked from around the southwest to see this performance; some for the fifth or sixth time while others, like myself, were new to the Sigur Ros experience. Had it not been for the drunken chatterboxes surrounding me, I would not have been disappointed. But no one can deny that while the atmosphere of the venue may not have been ideal, the sound was perfect, the visual effects incredibly pleasing to the eye and Jonsi’s falsetto vocals could not have been more impressive. The band’s energy did not wain, and though there was no chatting with the audience between songs (something I always enjoy…who doesn’t love a good behind-the-music story?!) it somehow seemed appropriate for the altogether delicate and haunting, yet ferocious performance played out before us.

You see, Sigur Ros is a band that lives to provide sounds. They offer an aural experience for their audience – an exploration of instruments and voice, as opposed to an experience of the band’s brand or personality. Jonsi didn’t care to share roadtrip anecdotes with us, he was too busy making mammoth sounds with a bow on his guitar. The fact that many of their lyrics are Hopelandic (a made up language that’s technically not a language) is evidence of their desire to create something pleasing to the ear over pleasing to the mind. They are truly kings of the crescendo; every song building and building to an orchestral high. Next time though, I’d prefer to see them at a more appropriate venue; possibly a mountain top?