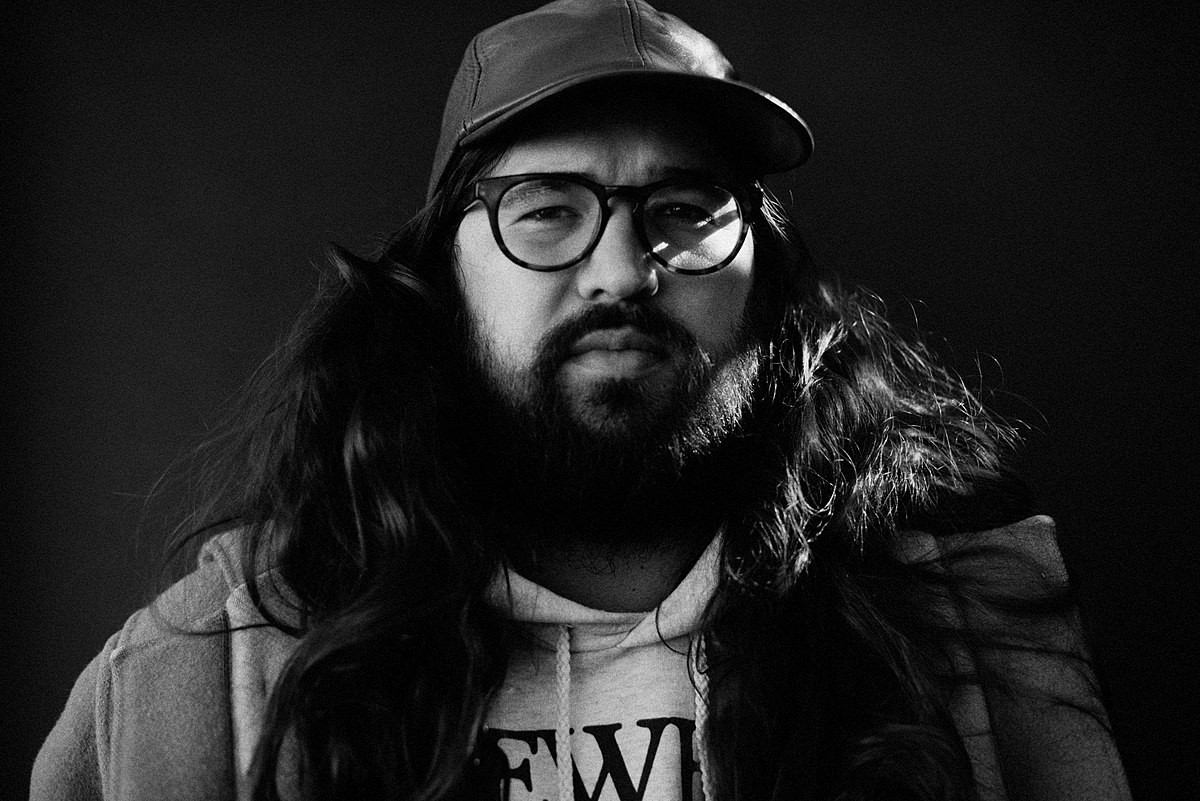 “What are the chances we can get a boat tomorrow?” Matthew E White asks the crowd in The Fleece. “We’ve got a day off in Bristol. Does anyone here have a boat?” A dinghy is offered. Other audience members suggest a trip on Bristol Ferry to the Nova Scotia pub, blasting out White’s latest album, K Bay.

This is just the second proper outing for this new material, following a show in London and a few gigs in Virginia for “family and friends,” which according to White doesn’t really count. The freshness of the songs is evident – despite them having been worked on for years – with the band tearing into their work with fervour, and White visibly enjoying himself despite the sparse crowd.

First tune ‘Nested’ is a low throttle grumble, White staring downwards as he sings over a chunky bassline. His vocals seem more prominent than on previous releases and gigs, and there is a greater confidence in his voice. This is perhaps due to his latest album being self-described as “my first complete sentence,” the first fully formed work he has produced. He’s put more of himself into K Bay than other albums, and ‘Nested’ is one his most personal songs.

‘Judy’ is introduced with a yelp into the mic, and the sexy slowed-down RnB of ‘Take Your Time (And Find That Orange To Squeeze)’ combines growling vocals and slick keys, with lyrics redolent of Led Zeppelin’s ‘The Lemon Song’. The uptempo P-funk of ‘Let’s Ball’ features swirling synths, while the beautiful ‘Shine A Light’ is perhaps the best showcase of White’s bear-like vocals.

The band is superbly tight – I have to admit that I failed to hear the members’ names, despite White introducing them three times – and combine funk, rock, gospel and jazz with ease. The drummer rips through ‘Rock & Roll is Cold’ and substituting skins for the rhythmic backing vocals of the recorded track. The are so impressive, in fact, that one audience member shouts out “this is absolutely tremendous, you guys are playing so well.” One of the benefits of having a small crowd is that White can turn to the fan – Jimmy – and offer him a free record.

White is clearly one of the most amiable musicians around, glad to collaborate with others and give others the spotlight. He has eclectic taste for a ‘rock star’, recently asking the BBC if he can host In Our Time once Melvyn Bragg retires, as he’s listened to almost every episode. He’s also known to ‘review the reviewer’, unapologetically judging those who write about him, and I can only hope that I come across favourably. It is without bias that I can say he provides a superb live show, and one which deserved to be heard by many more people than were in attendance last night. I just wish I’d offered him a trip in my inflatable dinghy today.