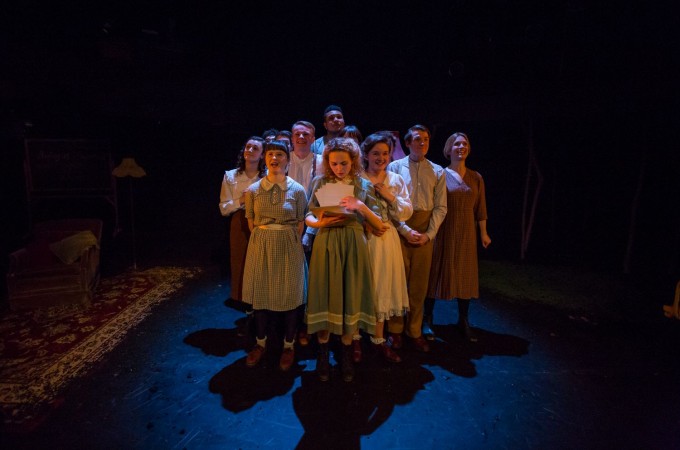 Based on the real life episode of the Cottingley Fairies, ‘The Light Burns Blue’ tells the story of seventeen year old Elsie Wright who, along with her younger cousin Frances, created the five famous photographs purporting to show the actual existence of fairies at the bottom of the Wright family garden in 1917.

Rather than labouring on the “were the fairies real, were they not real?” aspect of the phenomenon (often the focus of other adaptions of the story) writer Silva Semerciyan instead wisely ponders the value of artistic expression and the extent to which people cling to comforting beliefs in despairing times of tragedy.

Devised by Bristol Old Vic Young Company and commissioned by Tonic Theatre as part of its Platform series, a youth project that looks to provide gender parity in theatre by incorporating strong, female centred casts, ‘The Light Burns Blue’ utilises a back and forth narrative style to tells its story; we are taken from April to August 1917 and back again, via a sombre scene in December 1916 that hints as to Elsie’s motives in creating her soon to be celebrated photographs.

The play does a good job of depicting the girly camaraderie and almost willful lightheartedness of the village’s children as the First World War perniciously raged on; “would you chose to eat liver and onions for all eternity or poo once?” being an example of the silliness amongst the teenage girls of Cottingley. The forced escapism and tender imaginations of the village’s children are reflected in the needs of the adults as Elsie’s photographs are discovered and soon resonate far and wide. Even Sir Arthur Conan Doyle is taken in; he includes the photos in a magazine article and invites the now notorious Elsie and Frances to a gala dinner in London. 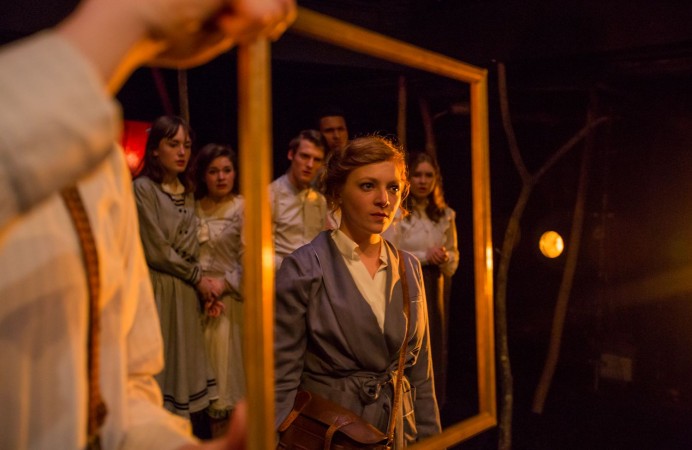 The show’s themes work well; in a time of widespread despair and loss, the Cottingley Fairies myth clearly served as a beacon of hope and a convenient illusion on which to dwell as people searched for something beyond the lugubrious mortality of a war torn world. A little more subtly, the themes exploring Elsie’s motivations and her striving for opportunity when seemingly devoid of choice (“It’s 1917, the world needs nurses and teachers”) are nicely explored. The revisiting of the pivotal August 1917 confrontation between Elsie and journalist Winifred Douglas also provides an effective debate as to the tensions between journalistic integrity and the comforting illusions of art.

Kate Alhade is convincing in portraying her lead character’s reticent ambition and the fun naivety of the village children is captured well within the performances of the supporting cast. The set is essentially split into two halves and effectively facilitates its purpose; piano, carpet, a chair and lamp portray indoor domesticity while trees and a wooden swing capture the outdoors. Gentle twinklings of piano and varying levels of light further help to create the differing moods of warmth and sombreness.

The main strengths of ‘The Light Burns Blue’ lie in the even offsetting of its themes. While its drama never approaches riveting, Platform’s ambition to redress the balance of theatre based roles for young women most certainly won’t be harmed; it’s a sturdy foundation on which to build.