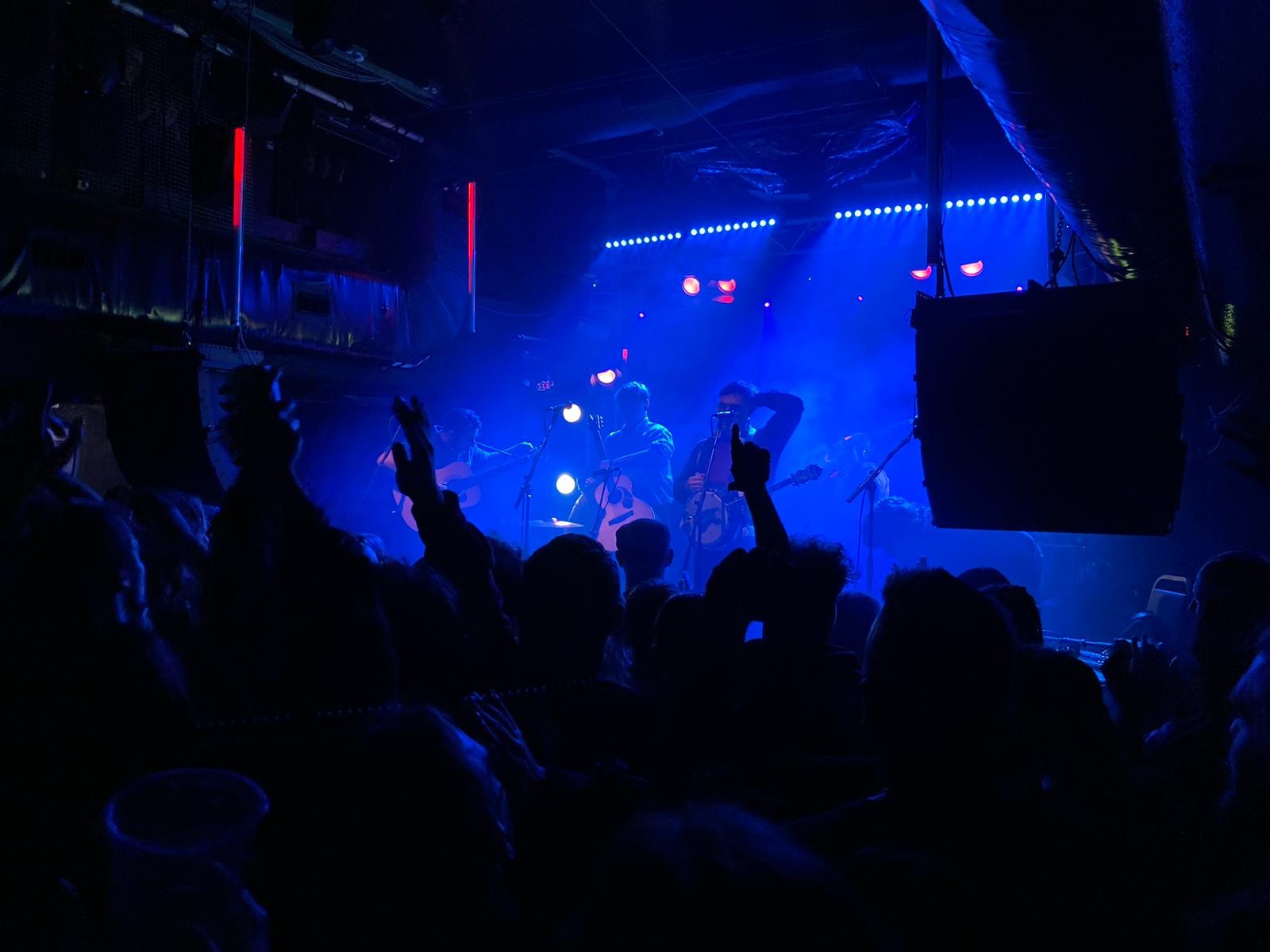 The Mary Wallopers are a band with the devil on their side. Launched into cult popularity through their lockdown gigs, their soul-sold musicianship and barnstorming live shows mean that word is spreading amongst those in the know. This is a band that has to be seen live.

The seven-piece band from Dundalk, fronted by brothers Charles and Andrew Hendy and Seán McKenna, are here for a good time, offering up a smart rambunctiousness that stirs the swelled, highly engaged crowd. “You’d better be good!” cries an audience member. “Fuck off Dad” replies the whip-sharp Charles Hendy. The frontmen are comfortable in their mid-song patter, abusing each other, laughing and generally playing the yokels. They take on hecklers with belligerence. Gig-goers are encouraged to tell those talking to “shut the fuck up,” and if that doesn’t work, to “hit them in the bollocks.” Throughout the rest of the show, the smallest chit chat is met with a huge chorus of people demanding silence.

Such buffoonery belies the serious musical chops that the Mary Wallopers have. Tender song-tales like John O’Halloran and Building Up and Tearing England Down are sprinkled amongst the rowdy rabble-rousers like The Frost is All Over and the anthemic Cod Liver Oil & The Orange Juice. Eileen Og sparks a mosh pit that remains for the final songs in a tight, hit-it and quit-it set, which ends with an epic encore of The Dubliner’s All For Me Grog.

The stunning musicianship is not just for fun though – The Mary Wallopers consistently take aim at traditional threats, both real and perceived. The rich are “cuntiums,” the Queen is disrespected and the English are shown up as liquor-grabbing elites. Irish Garda are sideswiped, as is, incongruously and brilliantly, Ibis Hotel.

In recent decades, folk music has often become simply an aesthetic. Strap on a banjo and a waistcoat and voila, you’re a folk musician. This denies folk it’s true identity – music for the people, passed down from generation to generation. The Mary Wallopers are re-establishing the folk tradition as a trade, a working job and a form of communication. This is a band that looks like it’s playing the corner of some old pub. From homemade haircuts to true Irish accents, Gaelic charm and irrepressible songs, they bring an authenticity to their music, and put on a seriously fun show.