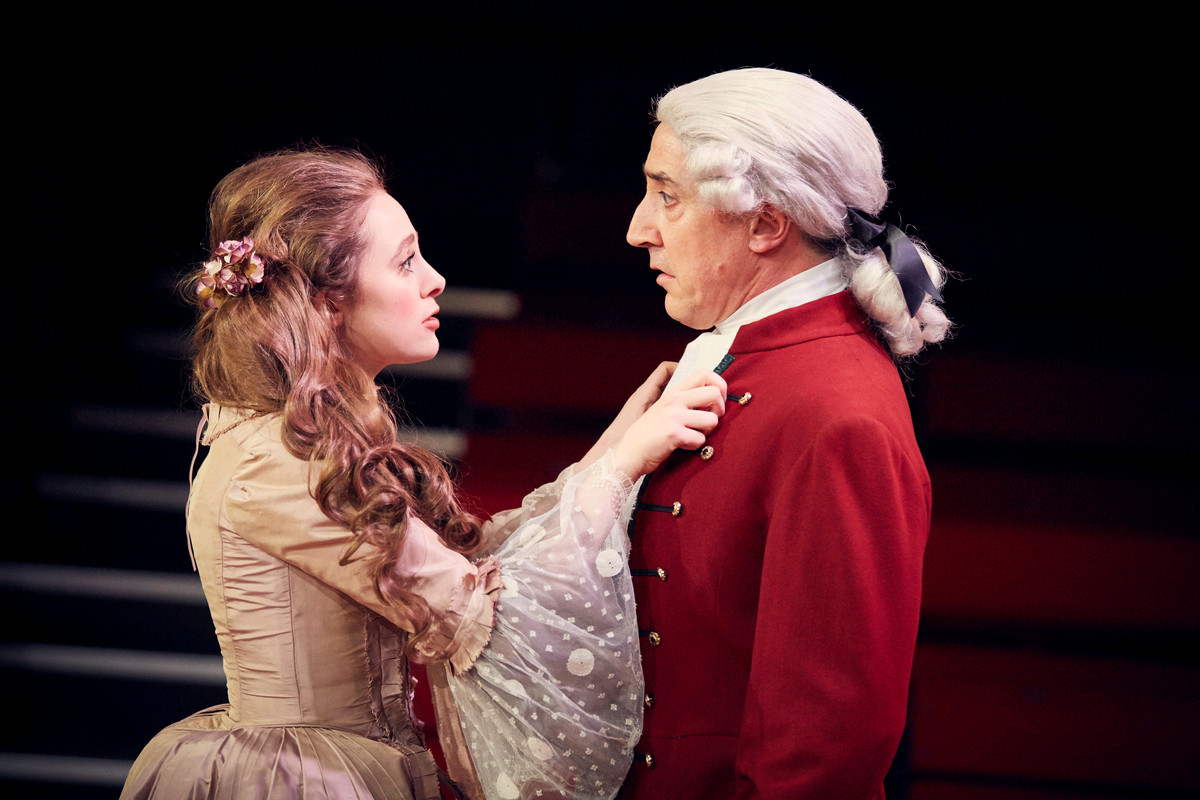 Following hot on the heels of its brilliant retelling of Romeo & Juliet, the Shakespeare at the Tobacco Factory Company return with a familiar cast and equally impressive results.

Moving away from the bard we find ourselves in the grandeur and decadence of 18th Century London. A time when the British Empire was in its supreme ascendancy and the gossips and cads were also at their most extravagant and shrill.

Sheridan’s A School For Scandal depicts, in all its seedy glory, this opulent and often duplicitous world as saints and sinners do battle in a uproarious farce that is as funny as it is sadly candid.

Proceedings begin with an entertaining monologue by one of tonight’s star turns, Byron Mondahl (Sir Benjamnin Backbite), who replete with extravagant mannerisms and blethering rhymes, lathers us up with the dos and don’ts of a would be member of the chattering classes. Mobile phone and mentions of Twitter in tow (just to bring a touch of the modern context of such an existence – see those who live for OK!, Heat, or Now Magazine etc) Mondhal’s Backbite lays bare the light hearted but uncomfortably concurrent nature of the evenings subject matter.

It is then on to the matter at hand, as Lady Sneerwell (Julia Hills) and her viper pit of socialite “friends” – Joseph Surface (Paapa Essiedu), Mrs Candour (Fiona Sheehan), Mr Crabtree (Benjamin Whitrow), Lady Teazle (Daisy Whalley) and Sir Benjamnin Backbite – whose sole existence, it would appear, is to meet and devise the most vile and unfounded stories about their other supposed “friends” and acquaintances, do battle with the nobler element of the gentry headed by Sir Oliver Surface (Chris Garner) and supported by Sir Peter Teazle (Christopher Bianchi), Charles Surface (Chris Garner), Maria (Hannah Lee) and Rowley (Alan Convey).

With Andrew Hilton back in the director’s chair, following the guest appearance of Polina Kalinina last time out, the performance has an assured feel. The cast on the whole seems more settled and mature with the testosterone levels very much kept in check – an asset in their Romeo & Juliet production, but simply inappropriate for the more refined setting here.

Whilst the language in the main follows Sheridan’s original prose there is, as previously noted, the odd deviation or two to bring a modern context to the text, which offers the occasional knowing nod to the crowd (see references to twitter, bankers and parliamentarians willing to accept money for questions). Sheridan’s penchant for anti-Semitism, which blights the original, is subdued here and but for a few uncomfortable lines regarding “Jewish money lenders”, racial stereotyping is effectively eliminated. 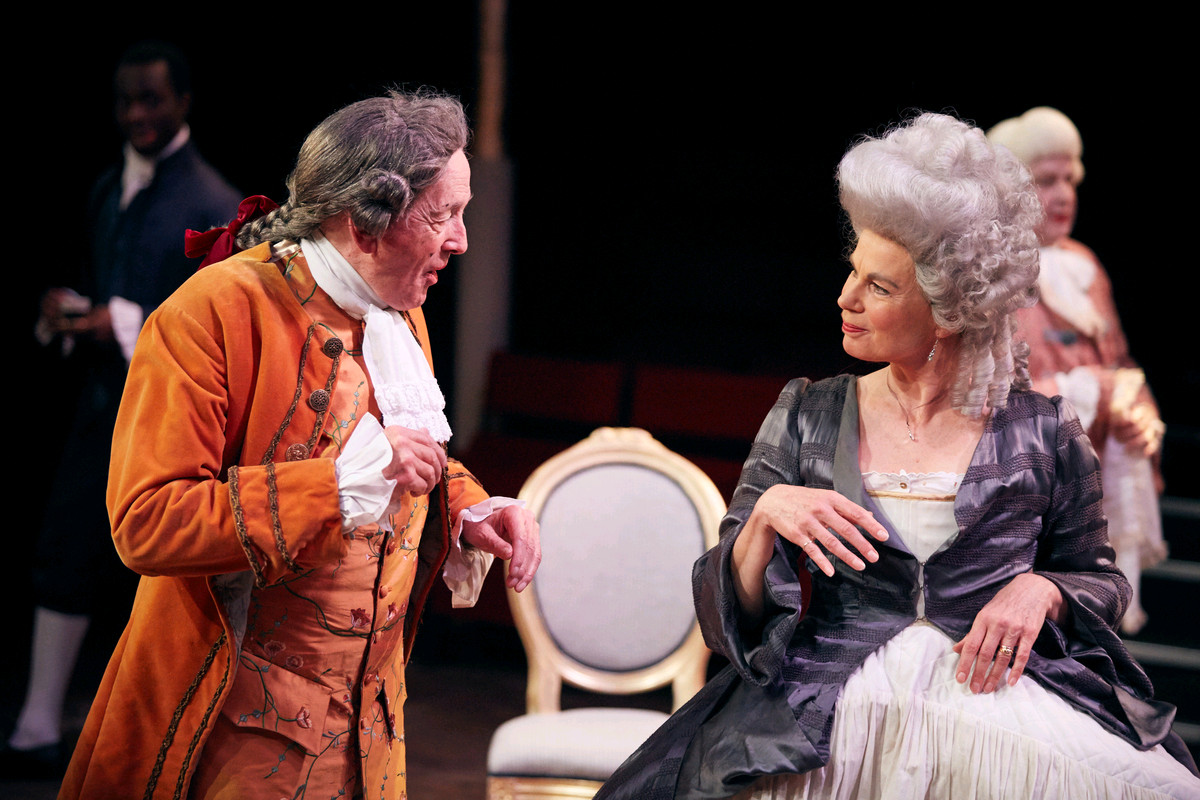 Staging is sparse but effective and small props such as a harpsichord, card & Chippendale tables and candelabras offer a simple but palpable sense of authenticity, as do the excellent costumes.

Selection for this production has been simply divine as each member of the cast compliments the other in a perfect synchronicity of performances (an achievement made all the more remarkable given the deluge of lines they all have committed faultlessly to memory).

Standout performances include Christopher Bianchi’s long-suffering Sir Peter who is a down trodden Basil Fawlty, with a dash of the bungling Prince George from Blackadder III, and the hyperventilating Mrs Candour (Fiona Sheehan) whose salacious and slanderous tongue recalls a Regency era Joan Rivers. Paul Currier is also sensational as Snake, the nefarious associate of Lady Sneerwell, and plays the character with a squinting mole-eyed style, whose words are so bitter as to cause constant discomfort to his perpetually puckered lips (the only disappointment is that he is not more prominent).

For the second time this season the Shakespeare at the Tobacco Factory Company have exceeded themselves with a faultless reimagining of a timeless classic, that exposes both the best and worst in human nature.

To get tickets for the show simply click here.