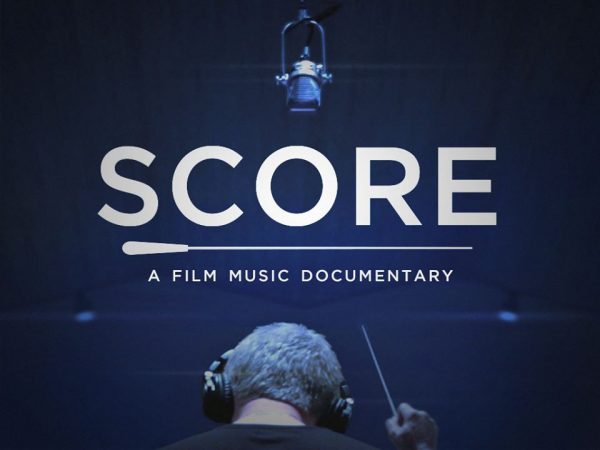 Though perhaps a few notable composers have slipped the net of obscurity and garnered household name status with their contribution to the history of film – five time Academy Award winner John Williams being the most obvious – it could be argued that these individuals are the unsung heroes of cinema. Matt Schrader’s interesting and accessible documentary Score redresses the balance here in this unwavering love letter to the craft of writing music for the movies.

Armed with a substantial volume of fresh talking head interviews with film critics, directors and a multitude of contemporary Hollywood composers, ‘Score’ is an expansive and, within its 92 minute duration, a compact and necessarily fast moving piece of film. This has its obvious benefits; we get to hear the thoughts of a number of composers from Hans Zimmer (The Dark Knight, Interstellar, Inception) to Danny Elfman (The Simpsons’ theme and Tim Burton’s go to guy) and lesser known maestros like David Arnold (Independence Day, Casino Royale). On the flip side, this makes for some occasionally uneven pacing of segments; a section on Planet of the Apes and Chinatown composer Jerry Goldsmith ends before it has barely begun before making way for an extended – though obviously deserved – piece on John Williams.

Alongside the contemporary interviews and footage of the creative process behind writing and recording music to live in synch with moving pictures, we get a potted history of the art form. Dating back to 1895, music was used in film largely as a device to cover the noise from whirring projectors. By 1933, Max Steiner’s “landmark” use of orchestra in King Kong emphasised how a potentially “kitsch and stupid” film could be transformed into something powerful and frightening and Bernard Herrmann’s sonic embellishing of the shower scene in Psycho made it seem like “you saw more than you did.” The composer’s role as a storyteller is a recurring theme here; the right music can “shape, alter” and even “subvert” what is being communicated by the filmmaker.

There are also a couple of sections of the film that, while feeling like moments that don’t particularly cohere with the overall project, are nonetheless a welcome diversion into extra learning. A professor of psychology gives us a lesson on goosebumps, dopamine and reward centres while later she teaches us that, with 21,000 individual eye movements experienced during a 90 minute film, music can heavily influence the choreography of where a viewer’s eyes focus on screen. There are also a couple of other take home nuggets of info for the hitherto uneducated; Danny Elfman was once in the immortally named band Oingo Boingo and Hans Zimmer can be spotted on keyboards in the video to The Buggles ‘Video Killed The Radio Star.’

Critic Leonard Maltin’s quote that film composition is “one of the great art forms of the 20th and 21st century” is, almost by definition, the default starting point of Score. On this count, we should perhaps be slow to completely swallow some of the film’s more grandiose views on the essentiality of music within the movie industry. However, there is enough evidence here – the clips of the incredible contributions by uber talents like Williams and Ennio Morricone along with footage of diligently creative souls using a multitude of instruments to precisely locate the right sounds – that film composition is both an indispensable art form and the domain of undeniably brilliant men and women.

It’s the multitude of instruments that ushers in a minor criticism; a couple of strange and exotic instruments are featured but their names are frustratingly unrevealed. A further criticism that can perhaps be levelled is that, so expansive is the film in its cast of contributors, it leaves those with far less of an eminent track record (I’ll use The Guardians of the Galaxy composer Tyler Bates as the unfortunate example here) given free reign to extoll the virtues of the likes of Hermann. For those rather more au fait with the business of scoring cinema, that could well come across as something akin to Donny Tourette waxing lyrical about the greatness of The Rolling Stones.

However, with film composition being a relatively esoteric branch of knowledge, it’s likely that not too many will notice. As an overview of a seldom celebrated feature of modern culture Score – in its lightly compelling and easy to digest way – is a job well done.

Score is out on DVD and VOD on 2nd April from Dogwoof.