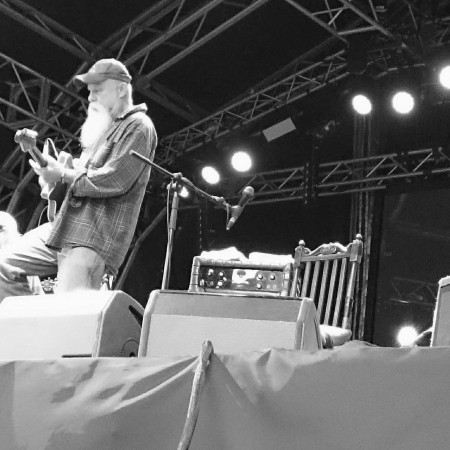 Unexpectedly, we learnt that Friday’s concert would be the final night of the 2015 series organised by Metropolis Music, due to the cancellation of Saturday’s finale, featuring Jessie J. However, for those lucky enough to bear witness to Friday evening’s headline act Seasick Steve, the concert played out as though always intended to be the ultimate closing concert of the 2015 Bristol Summer Series.

As predicted, Friday evening was certainly enchanting. I Am Kloot started us off, delivering just as expected with their playful, Northern nonchalance and drinking anecdotes. The Kloot’s calming and relaxed sounds have often been regarded as “music to drink to” and there really is no arguing with this sentiment. They were the perfect backdrop to concert goers enjoying drinks with friends as the sun began to set on Bristol Friday evening. I think it’s fair to say that I Am Kloot are a band that give no pretence and are consistent with what they offer their audience. You get what you get, and as John Bramwell lifted his drink and offered with a smile a “cheers” to the crowd, the audience got exactly what they wanted in that moment – friends to drink with, whom also happen to play some great music.

Stepping onto the stage with a happy-to-be-here grin and a simple “let’s get to it”, Seasick Steve did exactly that – he got right down to business playing his guitars in a way few are able. Accompanied only by his drummer, Dan Magnusson, they started as they meant to go on; raucously and unabashed. Warning us we were about to “hear something amazing” Steve began to play ‘Roy’s Gang’ on his famous one-stringed washboard guitar. The sounds he summoned were as unique as the instrument itself. There were no loops, or extravagant sound effects; only Magnusson’s relentlessly hard-hitting percussion and Steve’s extraordinary guitar, yet the expanding sounds couldn’t have been fuller. The pair seamlessly shifted gear, creating interchangeable atmospheres which were playfully romantic, sombre, reflective, gritty and even rather dark.

A particularly special moment in the evening started with Steve casually climbing down from the stage to meet some fans. While the crowd looked on, watching what was unfolding on the big screen that acted as the stage’s only prop, we saw he had chosen a young woman to accompany him back on stage. Nervously sitting with her back to an envious audience, she smiled and let the southern gent take the lead. 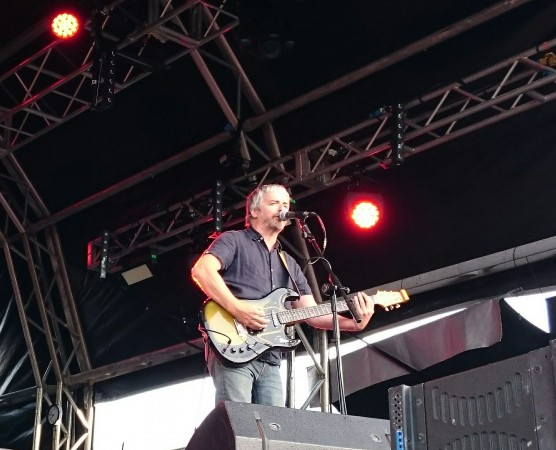 “I’m just gonna sing you a love song, that’s all. I’ll pretend we are on a porch in Tennessee, and it’s all romantic like, and you just pretend I’m fifty years younger.”

As the audience laughed and cheered, Steve began to play ‘Walkin’ Man’, a beautiful ballad, and obvious favourite with the crowd as everyone seemed to know the words and sang along as he serenaded his young fan.

Seasick Steve’s bluesy sound is familiar yet unique, distorted yet pure, original yet rooted in the oldest musical traditions; essentially this authentic character is all about communicating and connecting through music. His natural ability and evident enjoyment in connecting with his audience is as much a part of his patter as it is the backbone of his songs. Exuding gratitude and a sense of privilege he thanked the crowd for coming out to see him. His thanks were met with riotous cheer as were the heart-warming stories he shared between songs.

I had asked I Am Kloot what they thought is the reason Seasick Steve is so well-liked here in the U.K. They flippantly responded that “apart from his superb live performances and great records, the U.K. audiences have embraced him for his rugged good looks.” I’m certainly not going to disagree, but I’d also say that there’s some truth to that old adage, “the British love an underdog.” His story is one of hope; that it’s never too late to start over and his message to never give up on one’s dreams is a message we will never tire of hearing.