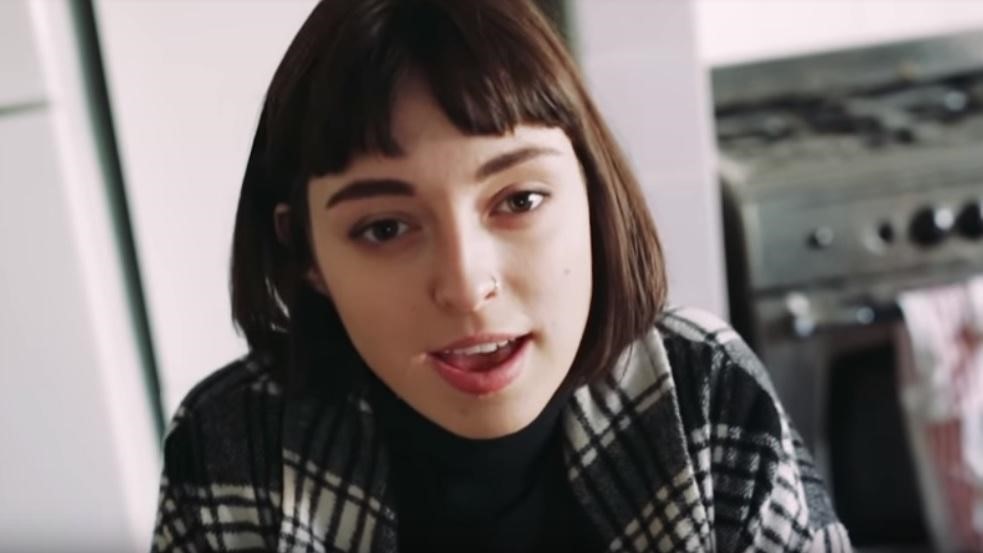 “I’ve been here before; I played The Louisiana and there were about four people there” says sprightly Australian singer-songwriter Stella Donnelly as she expresses her gratitude for the significantly larger crowd she’s drawn this evening. If one combines the reality of recent debut album Beware of the Dogs gleaning widespread praise from critics with the convincing first hand evidence of the 27-year old’s abundant gifts as a live performer, it’s surely only right that Donnelly’s audiences will continue to grow.

It’s immediately clear that she is possessed of the relatively scarce quality of sparkling between-song badinage. With a natural ability to find the right words following a cessation in the music, the transition to each subsequent track is effortlessly paved by charming, funny and likeable chat.  In her introduction to ‘You Owe Me’ – a melodically guitar-picked but acerbically worded stab at a former boss – she refers to a “shit” Aussie beer called ‘VB’ and yields laughter after apparently encroaching on sacred terrain when her call for examples of a Bristolian equivalent meet with total silence.

The atmosphere both on stage and in the room is so playfully salubrious that Donnelly near has to provide the audience with a trigger-warning before her most notorious track ‘Boys Will Be Boys’. Inspired by the sexual assault of a friend, it’s an oxymoronic lullaby with caustic lyrics about male entitlement and victim blaming (“Your father told you that you’re innocent/Told ya women rape themselves”). Donnelly informs us that a mere three days after filming the song’s promotional video, stories about Harvey Weinstein began surfacing and it became a “scary honour” that her track subsequently became forever entwined with the #metoo movement.

The performance is essentially arranged into two halves – Donnelly performing solo (with a bandmate occasionally providing keyboard) and later a full band set up of drums, bass, keyboards and extra guitars. This provides a welcome transition into full-bodied, if twee, indie rock. The catchy ‘Old Man’ contains another rebuke to lecherous maleness, and perhaps Louis CK more specifically, (“Your personality traits don’t count if you put your dick in someone’s face”) and is nicely rendered with descending lead guitar. Meanwhile, ‘Season’s Greetings’ sounds like Belle & Sebastian’s ‘Asleep on a Sunbeam’, which is no bad thing.

There’s even a diversion into EDM, or at least Donnelly’s interpretation of it, with a double header of ‘Bistro’ (“it’s no Darude’s ‘Sandstorm’”) and ‘Die’ which sees the relentlessly fun and salutary atmosphere on stage reach its zenith when Donnelly and a bandmate execute a consciously goofy dance routine. It’s a moment in which the charm of this live show is hard to resist; the level of enjoyment, frequently evidenced in Donnelly’s laughter, is nothing short of contagious.

The Perth-based singer dishes out a couple more playful jibes at the expense of her bandmates – she declares them her best friends before backhandedly stating “well, that’s what my Mum tells me” – before they leave the stage for good. A final solo spot features early song ‘Mechanical Bull’, a cover of Phil Phillips’ 1959 song ‘Sea of Love’ and after an enthused reaction from the crowd, a seemingly unexpected encore in the form of ‘Mean to Me’. Donnelly has the talent and charisma to sail a thousand ships – she may just stay aboard Thekla and float across to tomorrow night’s gig in Southampton.