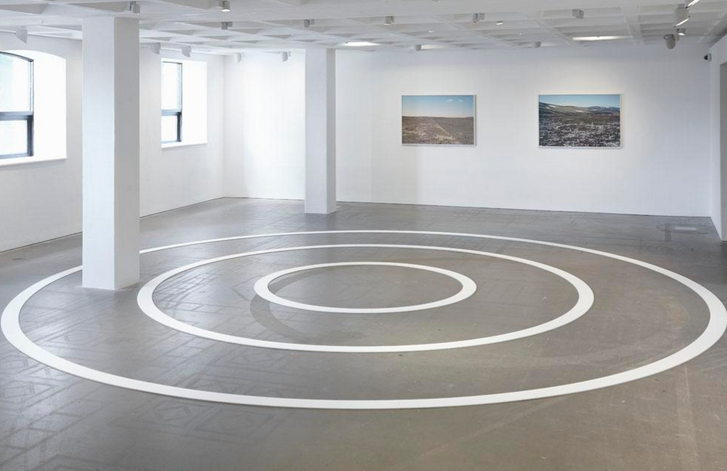 On display at Arnolfini until mid-November is a solo show by acclaimed Bristolian artist Richard Long, a leading figure in the Land Art movement and the only artist to be nominated for the Turner Prize four times (he won it in 1989). Time and Space is a subtly joyous celebration of his association with the city he grew up in and still calls home which draws upon his life interest in the universality of walking and the journeys that we take as humans – “walking as art.”

The key to Long’s work is its deceptive simplicity. Sparse descriptions of walks are set on a smattering of walls – walks along the River Avon, from Totnes to Bristol, a “Power Line Walk” to Hinkley Point and more, each one dated in reflection of the title of the show. What is really on display is Long’s personal relationship to place, and just like Reto Pulfer’s current show at Spike Island, Avon tidal mud is incorporated. There is a level of poetry to the descriptions of the walks – 120 miles from Bristol Bridge to London Bridge, for instance, is described as a “Day Night Day Night Walk.” 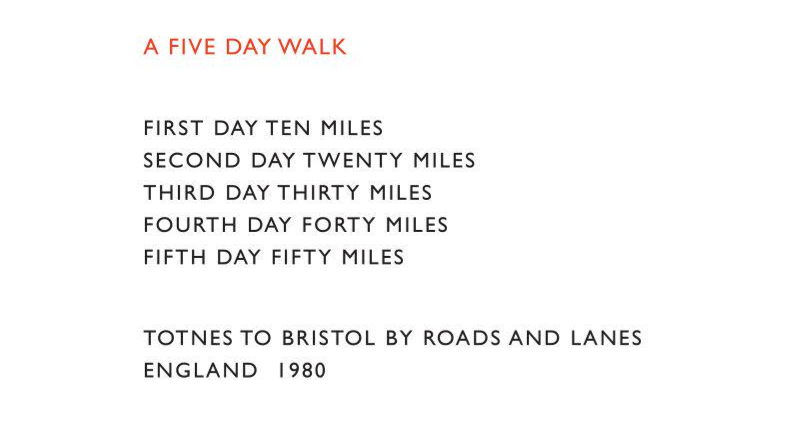 Accompanying the text pieces are sculptures characterised by both minimalism and a surprising heft. ‘Time and Space’ is a huge horizontal cross composed of carefully placed slate, a piece which contrasts sharply with ‘Bristol 1967/2015’. The light white concentric circles, first constructed in Bristol in 1967 and taken by Long to different locations, remain static in shape but change depending on where they are placed. Much like ‘Boyhood Lines’, a new commission for the show, ‘Bristol 1967/2015’ has been placed on the Downs, as well as other places. 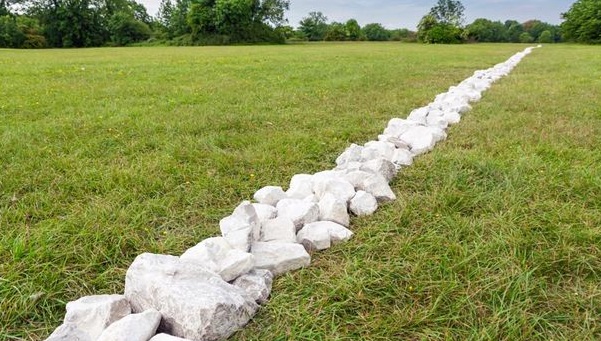 Completing the exhibition are a selection of landscape photographs, both colour and monochrome, of places Long has visited – Argentina, Scotland, Bolivia, Nepal and more. In his photography Long captures a moment in time never to be repeated, a neat and instant snapshot of a space continually in flux.

Considering Long’s association with Bristol and his reputation as one of the most celebrated and important artists working today, Time and Space presents a show not to be missed.