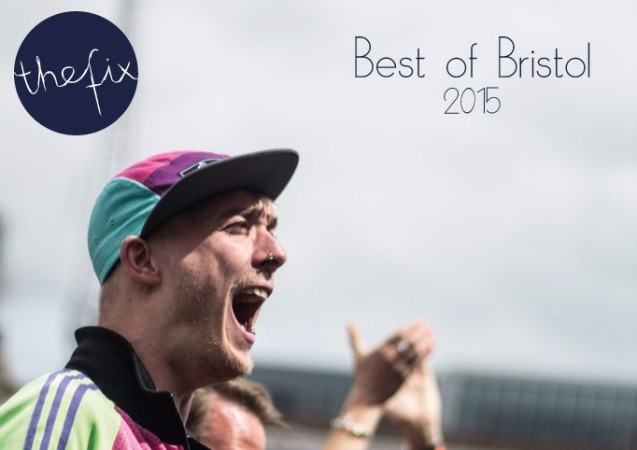 We run down the best Festivals from the last 12-months, and choose our number one. 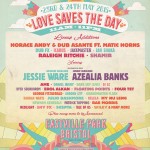 Bristol is surely becoming the bona-fide festival capital of the UK. Barely a Summer weekend goes by without some weird and wonderful event going on. For me, there were two standout festival experiences of the year. Firstly, Love Saves the Day built on its burgeoning reputation to flood Eastville Park with glitter and electronics over the May Bank Holiday. Superb sets from some of the world’s best DJs – Floating Points, Four Tet, Daniel Avery – were allied with local trumps like Bedmo Disco to produce an atmosphere surprisingly fulsome and upbeat for an inner-city festival. 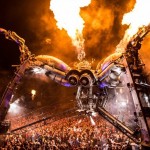 Secondly, Arcadia brought to Queen’s Square an experience of unparallelled innovation and ambition. Over two nights, the event combined the DJ talents of Roni Size, Annie Mac, Eats Everything and more with pyrotechnics and robotics. I may have been off my cheesebox on goofballs at the time, but having lasers shot directly into my eyes while a giant metal spider loomed over me playing incredible music was absolutely mind-blowing. (CD)

With Love Saves The Day also kicking off on the same afternoon , the 10th annual Dot To Dot Festival was the obvious choice for those with a preference for bands over beats, guitars over DJs and a hangover rather than a comedown. Held on gloriously balmy Saturday in late spring, a packed 14 hour programme featured over 125 musical acts playing on 15 stages at 10 venues throughout the city centre. An event so vast that disparity of experience was inevitable, personal highlights included the twisted folk and droll badinage of H Hawkline at The Exchange, a blistering set from ferocious young upstarts Pretty Vicious at Thekla and the garage rock of the excellent PINS at Trinity Centre. (SH) 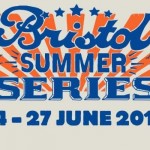 Recent addition to the cities summer circuit Bristol Summer Series adds a heaveyweight punch to the summers fetivities with it’s mix of International superstars and up-and-coming alternative acts. Only in it’s second year it has already established itself as a fim fixture and offers something slightly brasher and fuller than it’s more indie-focused peers. This year saw George Ezra, Kaiser Chiefs, Seasick Steve, and Jessie J headline, with the likes of Raleigh Ritchie (of unsullied Game Of Thrones fame) and I Am Kloot supporting. 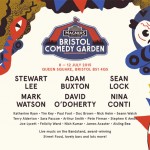 To finish I will come at this category from a slightly different angle (I’m unorthodox, guilty – get a new rulebook!!) – Bristol Comedy Garden returned for another year of high jinks in Queens Square.
Headlined by comedy legend Stewart Lee, who was his normal acerbic self, the festival saw many of the countries best comedians all give excellent performances for a brilliant week of comedy. (KM) 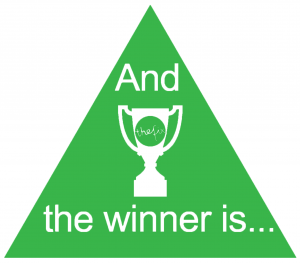 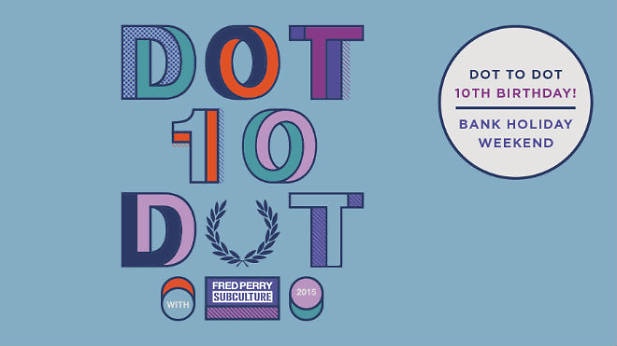 Still the number one for us, despite the plethora of pretenders to the crown.