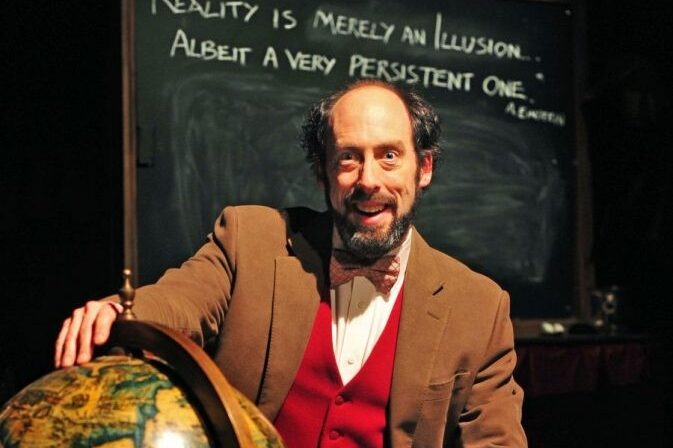 “I’m a jack of all trades, master of none,” explains Peter Clifford modestly. He is used to being filmed for TV shows and then being cut out. Despite appearing in 12 Shakespeare productions at the Tobacco Factory, the only evidence of his performances is a photograph of his hands, with the rest of him cropped out.

Visualising himself as a jack of all trades has often created a millstone around Clifford’s neck, but tonight he manages to turn it to his advantage. A natural and affable performer, he weaves comedy, acting and fine musicianship into this highly entertaining and often dazzling magic show.

It is pleasingly traditional in style. Gone are the grand delusions of the celebrity magicians, with Clifford presenting a series of self-proclaimed tricks which demonstrate the simple beauty of magic, a craft that he is evidently still in love with judging by the joyful grin he charms the audience with. He even performs some of the earliest tricks he learnt as a child, back when he was a “nerd” who “looked like Harry Potter.”

There is a sophistication to the show as well. Clifford is reminiscent of Professor Branestawm, clad in a waistcoat and bowtie as he eagerly joins the dots between the dawn of the universe, Katie Price, Shakespeare and the infamous Will Smith slap. Some theorists, he states, claim that time itself is an illusion, with the past, present and future all in fact happening at the same time. He then demonstrates this by performing a beautiful and astonishing card trick in reverse.

Much of the entertainment comes from Clifford’s interactions with the crowd, and the willing volunteers who provide the metaphorical maypole for him to dance around, teasing them like a jester. There is a point where the whole audience is involved in a baffling trick, a very neat way to keep the crowd engaged. There is also a lovely mixture of magic, from the aforementioned card trick to word games, feats of memory and a “Magical Mystery Tour of Bristol.”

Clifford comes across as self-effacing, but his ‘hope-for-the-best’ demeanour masks a high level of craft. He pretends to be a bad musician, and then plays a beautiful piece on slide guitar. He makes gaffes during the show, which then later are revealed to be more layers to the magic. This jack of all trades has certainly mastered this show.