Tim Key is an Edinburgh Comedy Award winner, Time Out Comedy Performer of the Year, BAFTA-nominee, and star of Alan Partridge: Alpha Papa and on Thurs 25th September he returns to Bristol to perform at the Tobacco Factory with his hugely inventive new solo tour. The Fix caught up with Tim ahead of the show: 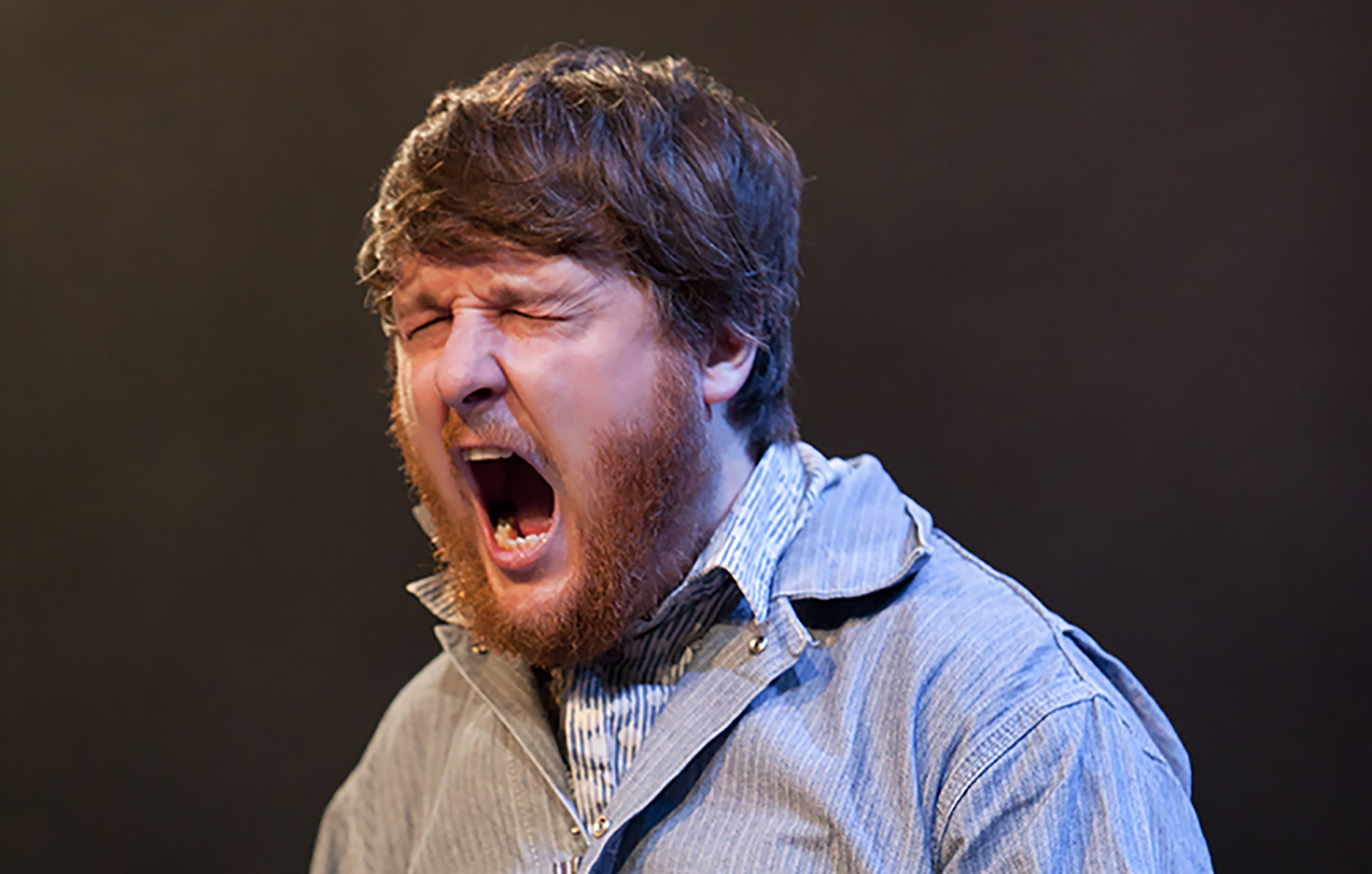 Tell us a bit about yourself.

Basic guy, 37. Try my hardest. Amazingly, I am a professional poet. Very surprised by that. Been plugging away for about twelve years and happy with it all now. Enjoy doing my show. Luckily get to do some interesting things in other peoples shows. Carry a notepad. Recently acquired Sky Sports.

In your own words, summarise your latest show.

Mm. I guess it’s quite a sneaky show. It’s a bit theatrical – as in, I have a large prop and there’s a soundtrack. But it still counts as comedy. I have written some jokes, which I have secreted into the script. But at the forefront there are other things: poetry, a denim onesie, anecdotes about encounters with Hollywood filmstars and some stuff about tooth fairies. 75 minutes long.

How did you come to collaborate with Punchdrunk and what can we expect?

I think that would be telling. But I’ll tell you a bit. I did collaborate with someone called Sarah who was from Punchdrunk. I was lucky enough to go and watch their show – The Drowned Man – Jesus, that is a good show. Then I got to meet some people. They had some skills I wanted to use. They were very generous. My show’s nothing like Punchdrunk though – but there’s maybe a gram of stuff that’s been sprinkled onto it.

If you could describe yourself in a haiku, how would it go?

An unwitting poet-guy,
A denim onesie,
Amazed I earn anything.

What do enjoy most about touring?

The shows. I don’t like the achingly lonely hotel rooms or the traveling, weirdly. The shows, I love.

What/who are your greatest influences and inspirations?

Mm. Difficult to know who’s influenced you and how you just like. But I’ll throw some names in there. I love Hancock, Coogan, Morris, Fry, Laurie, Seinfeld, David and Aherne. My more poncy selection would be Gogol, Kharms and Harold Lloyd. 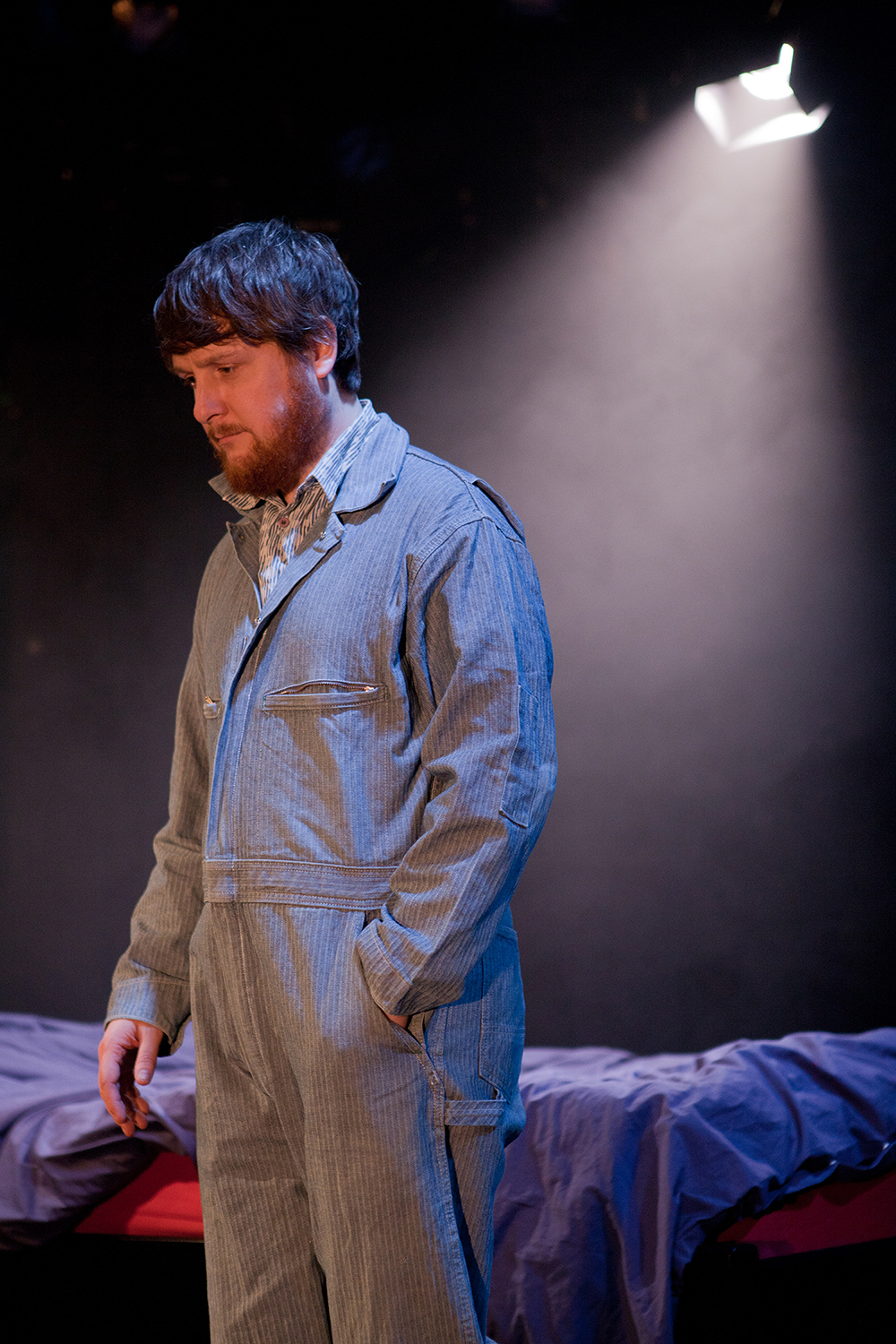 When you’re not touring, what do you like to do in your downtime?

I like to run but currently my back is a mess so I do more walking and sitting. I like to watch films and write divvy poems. Amazingly I get paid for that last one, but I genuinely enjoy doing it: lucky boy. I also like playing five-aside football and having baths.

You’ve worked with the likes of Alan Partridge (Mid-Morning Matters, Alan Partridge: Alpha Papa) and Anne Hathaway  (One Day). How would you compare and contrast the two experiences?!

Hathaway was briefer but she was a very, very charming lady. Our scene took approximately forty minutes. Coogan’s stuff is a little more intense. There’s more pressure on me. I feel like I could bring down the Empire if I fuck it up. But obviously it means more to get that gig. It’s literally a childhood (teenage) dream come true.

If you weren’t in this industry, where do you think you’d be?

It sounds strange, but I genuinely think I’d be living in Kiev.

What’s next after the tour?

Write my radio show (Tim Key’s Late Night Poetry Show) and then gear up to Christmas.

If you want to check Tim out this September get tickets by clicking here.