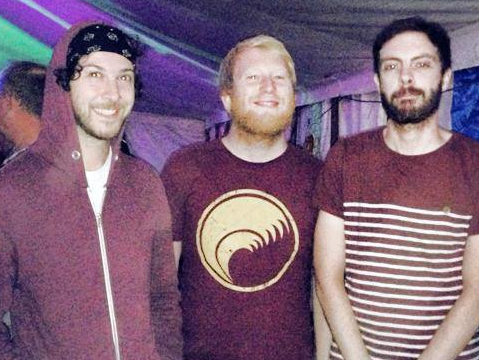 “We are a pop-punk band with a bit of ska thrown in,” says Tim Stevens, when I ask him to describe the music of Don’t Do Tuesdays for readers who don’t know the band. Of course, many will know all about a group of lads that enjoyed a local cult status back in the ‘noughties’ and for those who call themselves fans, they’ll be delighted that they have recently reunited, not just for the love of the music, but for a very worthy cause. Here’s our interview with Tim… So, Don’t Do Tuesdays has reunited! What has brought you back together? Sam, our drummer was really ill last year with an autoimmune disease and ended up needing 2 liver transplants. Once he had recovered we all met up and when we were speaking about the old times, we decided to put on a show to raise money for the fantastic people at the Kings College Hospital in London that helped Sam get through it. The big gig takes place on 2nd November at Tor Rugby Club. What can you tell us about the night? Any new material or other treats in store for your old fan base? There’s always special treats in store when it comes to DDT. We’re planning to bust out all the old tunes with a couple of cheeky covers, and maybe a new one if we pull our fingers out and write it! We just hope to put on a great show with lots of fun and laughs and raise shed loads of money. It will just be like the old times, just some of us have got fatter and we’ve all got a lot hairier; we may have aged but we have definitely not grown up! Is the band’s return a one-off or do you have other plans lying in wait? If so, what’s on the horizon? We’ve already played one show since rekindling our love story at Farmfest this year, which was beyond crazy, one of the most insane we have ever played but who knows what the futures holds. We’d like to play Glastonbury again. We are also available for weddings, bar mitzvahs and funerals for a very competitive rate. For those who weren’t aware of you the first time around, how would you describe your music and live performances? We are a pop-punk band with a bit of ska thrown in. We like our songs to be as catchy and fun as possible. Our live performances the first time round were described as “second to none,” and we’ll be no different. We put in loads of energy, bouncing and tons of crowd interaction with the odd inappropriate joke too. We have been known to set up dance offs, set off fire alarms and pacemakers. If you imagine the Duracell bunny in a moshpit you’re getting the idea… Which bands if any are a good comparison to Don’t Do Tuesdays? We all have different influences and as we’ve got hairier, our tastes and influences have expanded but certainly the old DDT songs are all influenced by Blink 182, New Found Glory, Goldfinger, Finch, Taking Back Sunday. One support act on the night is White Lion Parade; can you give us the lowdown on them? We played one of our first ever gigs back in the day with these guys when they were called Blueriff, so it seemed fitting to repeat that the second time round. They’ve got this great stadium style medlodic rock sound now, and they’re just awesome, we can’t wait to see them. A real treat for the line-up of the night. The brilliant Domino Fire (click here for more info), Ben Is A Dark Horse and the Dirty Disco boys will also be playing. Where can people find out more about the band? You can find us on Facebook, Soundcloud, Reverbnation and @dontdotuesdays on Twitter. Our business cards can be found on most toilet doors and phone boxes. To find out more about the 2nd November gig at Tor Rugby Club, Glastonbury, here’s a link to the Facebook event page.   While you’re here… The Fix is delighted to support independent film and to be involved with comedy/drama series The Awkward Conversations We Have.  Here’s the opener, titled, Son We’re Swingers:
Follow @Thefixmag
Recent Posts
We Like You…